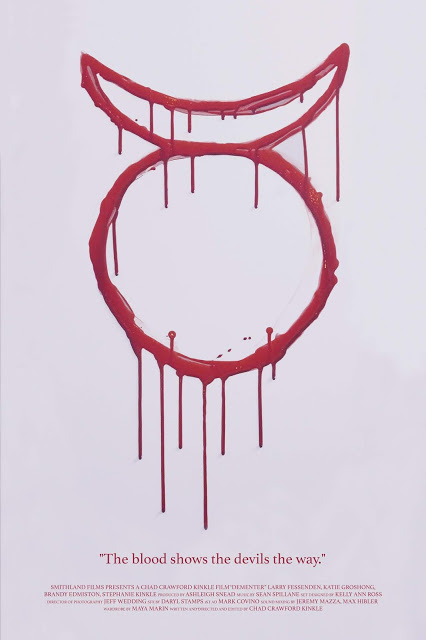 After escaping a cult, Katie (an excellent performance from Groshong) just wants to help and do good things for other people. She takes a job at a center that is designed to help the developmentally disabled. Whilst there Katie begins to hear and see things that she believes means that ‘the devils’ are coming for Stephanie, a woman with Down Syndrome that Katie cares for. Using her cult teachings, Katie tries to protect Stephanie but with the voices growing louder, Katie will try everything she knows…

Kinkle’s camera enforces that realism aspect of the film, he wanted to give a true decipiction of the developmentally disabled in film whil;st crafting this around a horror film and he succeeds, showing the day to day of it all between the carers and the people being cared for. Katie’s visions and voices affects her often, even though she writes it off to others as ‘needing air’ or not ‘feeling so good’. On these voices and visions, Kinkle creates a disturbing world inside of Katie’s memories, the realism of the day to day and the nightmare of the cult creates two extremes until these worlds start to bleed into each other. When Katie has flashbacks to past instances in the cult the sound design is fantastic and really creates a nightmarish atmosphere to go along with the visuals.

Kinkle has the two women Stephanie (who is his sister) and Katie as having to deal with challenges. Stephanie through a situation she didn’t have a say in and Katie as someone who had her mind corrupted and it dealing with that. The comparison between the two, serves the film well through to the ending which I certainly did not expect.

Dementer is a film that creeps up on you, at times it seems to meander but just when you think it has lost its way, the film throws you into another direction. A cult story that is at the other end of the spectrum from Kinkle’s first film Jug Face, Dementer is good, low-key psychological horror film that has an uneasy quality about it. Definitely worth seeking out.