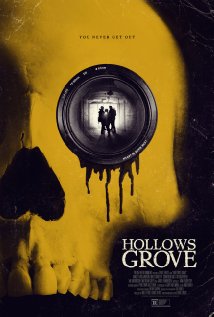 They were warned to stay out…

Synopsis
A young filmmaker, Harold Maxwell, is filming a behind-the-scenes documentary about his friends – the Spirit and Paranormal Investigation Team (S.P.I.T) and their ghost hunting reality show. Harold joins the S.P.I.T crew as they head out to their next assignment, to film an old, abandoned and supposedly haunted orphanage, Hollows Grove. Soon after arriving at the orphanage the team begins to realize that what they thought would be a routine investigation is turning into a nightmare from which they can’t escape.