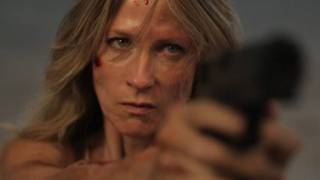 Check out the press release and the trailer!
Here is a sneak preview of what’s up for grabs at the Berlin Film Festival later this week – Howard J Ford’s (Director/Producer Co-Writer of ‘The Dead 1&2″) latest epic NEVER LET GO. Shot in Morocco, Spain and the US, the film tells the story of Lisa, a single mother (played by Angela Dixon) who takes the law into her own hands to get back her abducted child. The completed film will screen at Cannes Market in May.

Howard Ford said today: “Having nearly lost my own child whilst on holiday in Malta, I have experienced briefly first hand that feeling of all-encompassing dread as you fear the absolute worst. I became intrigued by this overpowering state that I was in where I would have done absolutely anything morally right or wrong to get back my son and wanted to try and capture that feeling on film. Also, women can endure things physically and mentally that us men could never go through and I wanted to explore this inner strength surfacing and the most impossible of situations”.