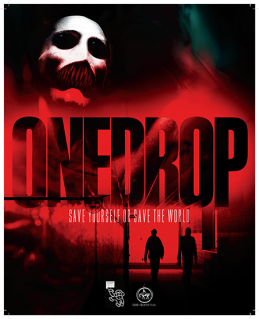 Tricia Lee gearing up for next film…

A little while ago we got to interview Tricia Lee (read it here) and review her film Silent Retreat (our review). Now she has a new project coming up – read the press release for details!

February is Women in Horror Month, and few women are working harder in the genre than Tricia Lee. The director of the award winning films Silent Retreat and Clean Break has been pounding the pavement to secure financing for her next film One Drop.

One Drop tells the story of Ellie, a drug addict who overdoses and wakes up in the basement of a medical facility. Everyone around her is dead, and she is suddenly nine months pregnant.

Not only is Tricia a creative director, she’s also a strong and tenacious entrepreneur. Ever since she stepped off the set of Silent Retreat, Tricia has put on her producer hat and hit the ground running on the business plan for her next project. After 2 years of pitching to angel investors, Tricia is looking forward to putting her director’s hat back on and getting those creative juices flowing again. With many ups and downs along the way, it’s looking like the she will able to hit her target shoot date of April 2015.

But before she shoots, Tricia will also have a short jaunt over to Brussels, Belgium as she was selected to participate in the Frontières@Brussels co-production market that focuses solely on genre projects. Attached to the Brussels International Fantastic Festival (BIFFF), Frontières selects 24 projects from Europe and North America to come together for 3 days to pitch, network and create genre magic.

Women in Horror month shines a bright light on the hardworking, visionary filmmakers who are adding a new, female driven perspective to horror flicks. Tricia’s films have been praised for their strong female leads, and One Drop follows suit. She is excited to be working in a genre that is consistently breaking new ground, and can’t wait to get those blood pumps spraying again in 2015.
images provided by A Film Monkey Production