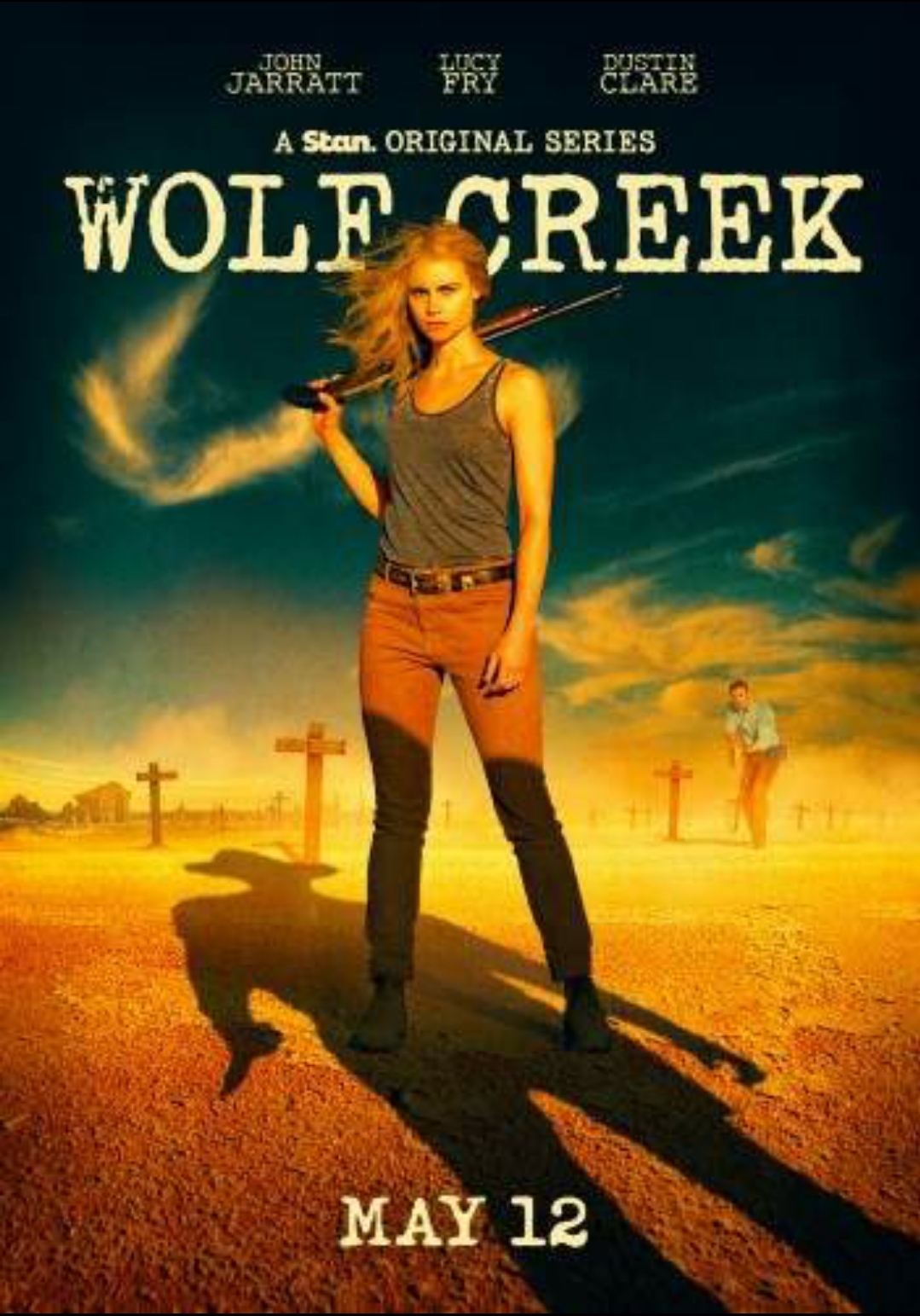 In the last few years horror properties becoming TV shows has certainly been on the rise, exponentially so. Some have survived and are thriving (Bates Motel), some have come and gone despite their high quality (Hannibal) and some have only survived the one season (Damien). However, it does come as a surprise that Wolf Creek gets the TV treatment A) because it is an Australian production and B) on the surface there isn’t a lot of expanding you can do, which is why this series is good and not so good at the same time.

Running over 6 episodes varying in length between 45-60 minutes, Wolf Creek tells the story of Eve, a young girl on a ‘recovery’ (from pain killer addiction) holiday with her family, that runs into Mick Taylor and Mick Taylor does what he does best dispatching the family and Eve…except Eve survives and swears she’ll get revenge. 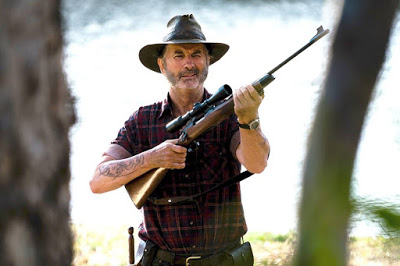 So it’s a good setup, where the hunter will become the hunted and the first two episodes put all the pieces in place…unfortunately this is not capitalised upon and you have a series of uninteresting and increasingly frustrating side plots that weave in and out of the Eve Vs. Mick cat and mouse game. They could have whittled down the side plots to just one and made this an episode shorter and everything else would’ve been tighter and all the better for it.

The writing in the series varies from excellent through to cringeworthy. There is some really outstanding stuff generally when Eve is talking to Sergeant Hill (Clare). However, apparently if you’re an Australian and in the Outback, you are a fucking weirdo. Every single character bar one is either a potential rapist/killer, violent biker – incidentally the bikers in this TV series are much like the psycho brothers in Smokin’ Aces) or a riddle speaking shop owner. It’s borderline offensive (if you are an Australian) and I wish that these side characters were dialled back a bit or excised from the story altogether.

Call me bloodthirsty if you like but Wolf Creek lacked some gnarly carnage. It was a signature of the films and the TV has its moments but the moments aren’t as impactful as they could be, I’m fine with the occasional bursts of violence but make me feel it. There was a bit too much CGI and the best looking effect was a self administered hand removal, which looked and sounded painful. 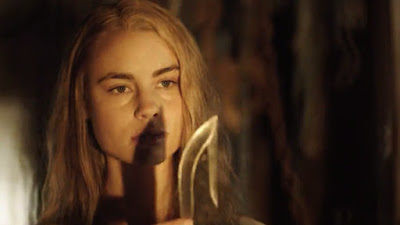 The directing and cinematography is flat out amazing. Making use of the landscape and the expanse of outback Australia, capturing its beauty and making you feel that if you get lost out there, then you are in a world of hurt.

For a TV series called Wolf Creek, you’d imagine that Mick Taylor would be in the story quite a bit. Yes, he is the driving force but he is largely missing, only popping up to off an unsuspecting tourist every now and then. In the last two episodes he becomes a bit more front and centre which gives these episodes a much needed kick along. As always John Jarratt inhabits Mick Taylor wearing him like a suit, he is a little less jokey than Wolf Creek 2 but nowhere near as menacing as he was in the original Wolf Creek film. Beyond Jarratt, the acting in Wolf Creek is uniformly very good, Lucy Fry is fantastic as the revenge bent Eve, committing 100% to role and in fact everyone – even the characters that were poorly written or underdeveloped get great service from the actors in the series, everyone commits and puts their all into their respective roles.

Wolf Creek has a heap of problems, however it also has a heap of fantastic stuff in there as well. It’s overly long, probably a episode and a half but it is still entertaining. The series had far more potential than I thought possible and they very nearly pulled it off which is a feat in itself but it just wasn’t fully realised and some of the side plots seemed to be nothing more than pointless filler. However this is another chapter in the Mick Taylor mythology and with a 3rd film on the way, it will be interesting to see just where they go from here.