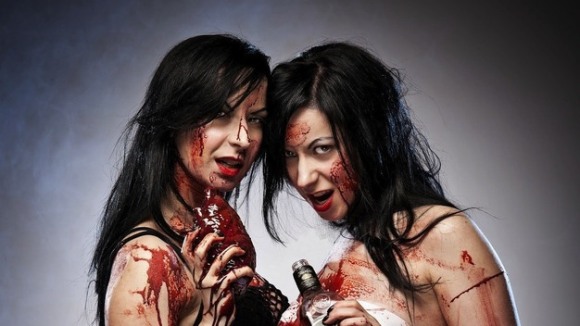 Get ready for hooks, surgical knives and power saws as Horror Channel adds a cutting edge to April’s schedule as the UK TV premiere of the Soska Sisters’ SEE NO EVIL 2 heads up a season of contemporary slasher films. The season also has the network premieres of Stewart Hendler’s sadistically slick SORORITY ROW with Carrie Fisher, the darkly deranged GIRLHOUSE, and Nelson McCormick’s axe-crazy PROM NIGHT.

A group of friends pays a late-night visit to the city morgue to surprise Amy (Danielle Harris) on her birthday. But the surprise is on them when the one-eyed corpse of brutal psychopath Jacob Goodnight (Glenn ‘Kane’ Jacobs) unexpectedly rises from a cold sub-basement slab. Their wild party quickly turns into a terrifying slay-fest as the sadistic mass-murderer resumes his savage rampage complete with hooks, surgical knives and power saws. Also stars Katharine Isabelle.

A sorority prank goes wrong and a girl is accidentally murdered. Desperate to get on with their lives and avoid taking responsibility for their actions, the surviving sisters and their male accomplice agree to dump the body and never speak of the incident again. Just after graduation, however, a mysterious killer begins stalking everyone, leading the survivors to fight for their lives against a masked maniac with a deadly modus operandi.

In an attempt to make some extra cash while away at college, Kylie (Ali Cobrin) moves into a house that streams content to an X-rated website. After a deranged fan hacks in to determine the house’s location, she finds herself in a terrifying fight for her life. 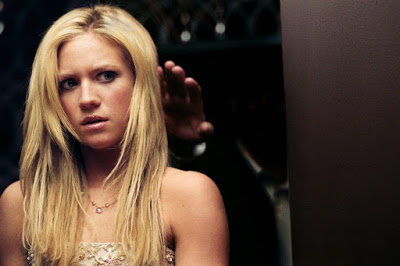 After surviving a horrible tragedy, Donna has finally moved on and is enjoying her last year of high school. Surrounded by her best friends, she should be safe from the horrors of her past. But when her prom night turns deadly, there is only one person who could be responsible – a man she thought was gone forever. Now, Donna must find a way to escape the sadistic rampage of an obsessed killer. A loose remake of the 1980 film of the same name.

Other highlights this month include the UK TV premiere of Benni Diez’s enormously fun creature feature STUNG, which airs on Sat 29, 10.55pm. When illegally imported plant fertilizer infects a local species of killer wasps, a nearby fancy garden party at a country villa gets thrown into turmoil when the swarm attacks. Laying eggs in their human prey, the wasps mutate into 7-foot tall predators with a severe attitude problem. Stars Lance Henriksen.