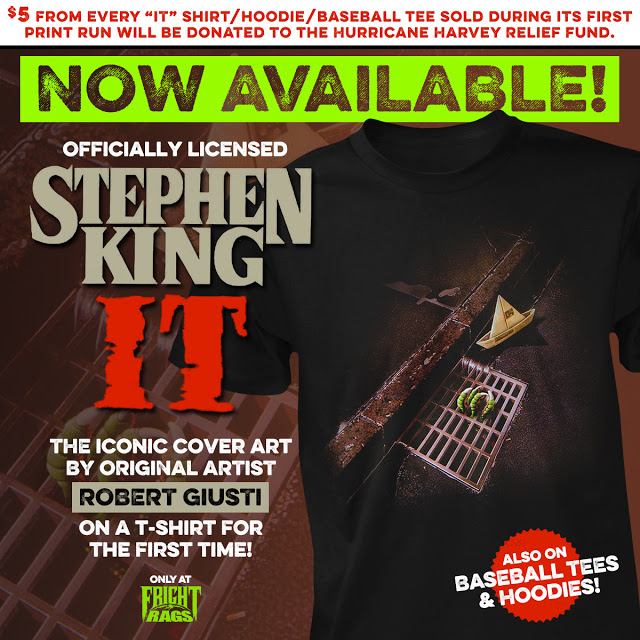 Fright-Rags…
Before Pennywise returns in the big-screen adaptation of Stephen King’s IT, Fright-Rags has teamed with original artist Robert Giusti to bring the novel’s haunting cover art to apparel for the first time ever. It’s available on T-shirts, baseball tees, and hoodies.

What makes the IT release even more special is that $5 from every shirt sold during its first print run will be donated to the Hurricane Harvey relief fund.

Rob Zombie’s Halloween celebrates its 10th anniversary this week, and Fright-Rags commemorates the event with a new collection of shirts. Michael Myers silently stalks on four new designs, including one that glows in the dark.

Fright-Rags offers the heights of ecstasy with the Hellraiser III: Hell on Earth collection. Three new tees – all highlighting the unmistakable visage of Pinhead – are available, along with the poster artwork reworked as a shirt design.

IT, Rob Zombie’s Halloween, and Hellraiser III collections on sale now at Fright-Rags.com. 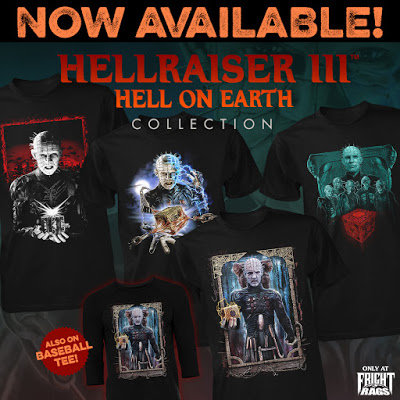 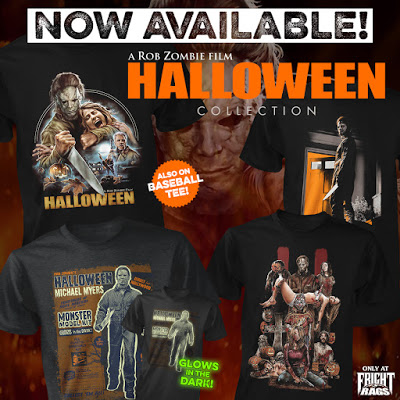