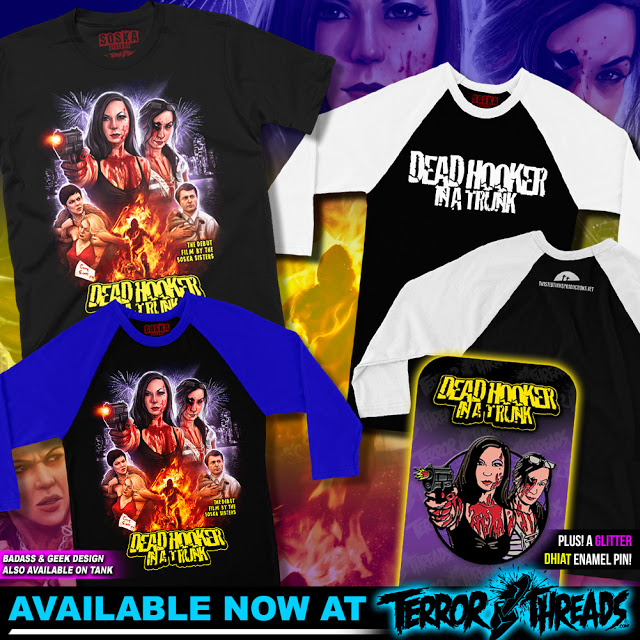 Terror Threads kicks off Women in Horror Month with a line of merchandise for the Soska Sisters’ debut film, Dead Hooker in a Trunk. Sam Coyne has created a new design for the indie exploitation flick, which comes on T-shirts, baseball tees, tank tops, and glitter-accented enamel pins.

At the request of the Soskas, Terror Threads has also made baseball tees featuring the Dead Hooker in a Trunk logo, just like the ones that were created to promote the film upon its original release in 2009.

The limited edition pins are a pre-order item and will ship later this month, while everything else in stock now. As evidenced by the company’s previous Soska Sisters collection, this merchandise is likely to sell out! 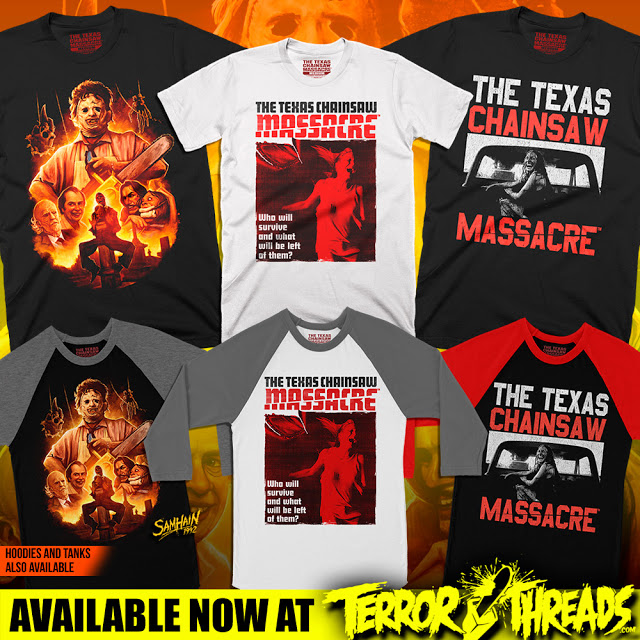 Terror Threads expands its line of The Texas Chainsaw Massacre apparel with three new designs. One features Sam Coyne’s illustration of iconic imagery and characters, and the other two utilize stills from Tobe Hooper’s 1974 classic. They’re all available on T-shirts, baseball tees, and tank tops, with select designs on hoodies.

Dead Hooker in a Trunk and The Texas Chainsaw Massacre apparel are on sale now at TerrorThreads.com.
Images: Simply Legendary Publicity