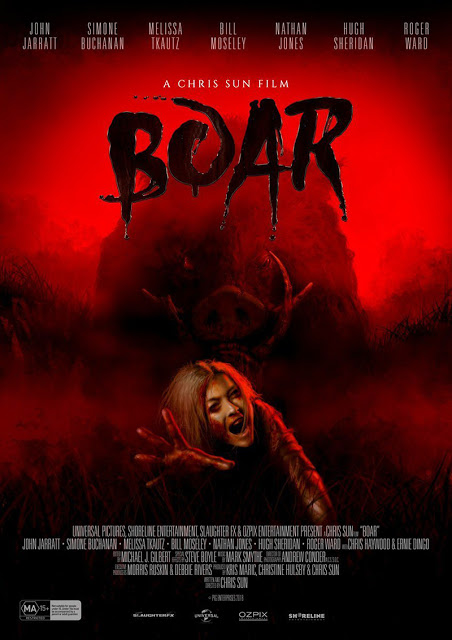 Take a look at the trailer for the new killer pig film Boar. The film will be released October 31, 2018 (Australia).

Synopsis
In the harsh, yet beautiful Australian outback lives a beast, an animal of staggering size, with a ruthless, driving need for blood and destruction. It cares for none, defends its territory with brutal force, and kills with a raw, animalistic savagery unlike any have seen before.