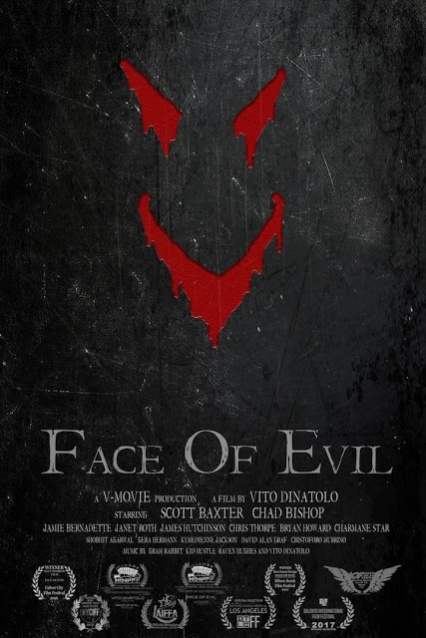 Check out the trailer for Face Of Evil. Horror icon Jamie Bernadette stars in Face of Evil, now available on VOD and DVD from Gravitas Ventures.

Infect yourself with a plague of horrific entertainment from award-winning filmmaker Vito Dinatolo.

On July 4th, private Jay Williams returns home from the Middle East, but a mysterious epidemic breaks out and infects his friends at his party. On the road to salvation, Jay is joined by his ex-sergeant, who reveals chilling secrets leading to a conspiracy. The night has just begun, as they embark on a survival quest for the ultimate truth.