Knuckleball is a very well paced thriller that pits a child against a damaged psychopath in a heavy snowstorm.

Baseball mad Henry (Villacis) is dropped off at his Grandpa Jacob’s (Ironside) farm by his seemingly indifferent father and his mother who is haunted by an event that happened at her childhood home. Henry’s parents have to travel away for a few days. Jacob is a loving hardass to Henry, working him hard but then giving him tips on how to pitch better. Henry meets Jacob’s odd next door neighbour Dixon (Chambers) who sometimes helps Jacob with farm jobs, Dixon is clearly a weirdo but is he harmless? When Jacob unexpectedly dies overnight, Henry who has a dead phone battery has nowhere else to turn for help except to Dixon…

Knuckleball takes its time setting up the story and characters which makes it all the better for it (sure the foreshadowing in some parts is heavy and obvious) and the characters aren’t just cut and paste, which makes for a more thrilling film when shit starts to go sideways. Playing a little bit like Home Alone with actual consequences, the film despite this comparison doesn’t become a playful knock ’em down and drag ’em out film. The injuries for everyone have lasting effects and it is refreshing to see a film that isn’t afraid to put its child characters in peril. 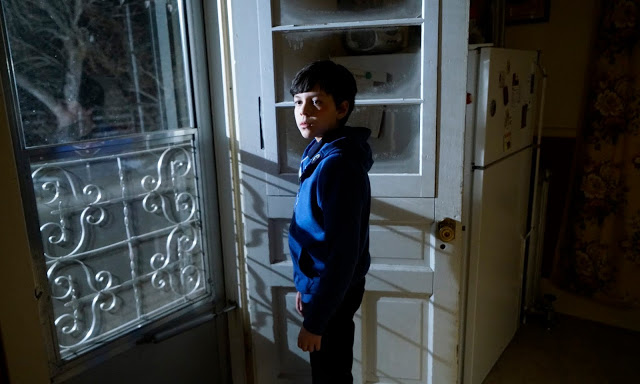 Beautifully shot, cinematographer Jon Thomas uses the snow covered outdoors and setting to create some great looks. Chambers who has a history of playing non-threatening characters proves he can play both sides of the coin, his take on Dixon is really unnerving. Ironside brings his usual gravitas to his role, whilst Villacis is excellent as Henry, this kid has a lot to do in the film and handles it so well.

Knuckleball goes places that you don’t expect making this an always entertaining thriller.