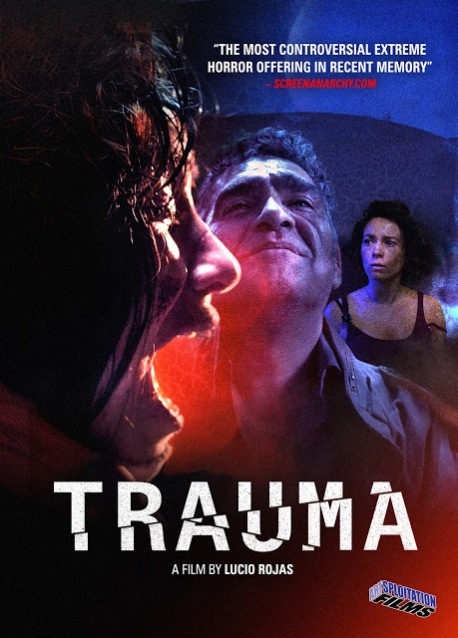 Chilean horror film Trauma lives up to its title and then some. Trauma is a a rape revenge film framed around an allegory to show what the Pinochet regime had and has done to generations of Chileans, this film is absolutely extreme and very upsetting.

The story starts during the regime and after a horrific event (when I say horrific I cannot overstate how awful this is) the film fast forwards to the present day and sees a bunch of friends taking a holiday in a rural village. As their night wears on they soon come under attack from unknown assailants. These ladies are assaulted and raped, this seems to be played out in real time and it is close to unwatchable. After briefly escaping the attackers, the girls quickly find out that they are not going to get any help from the local police as Juan is the local psycho but normally doesn’t attack out-of-towners. The girls realise the only way they’ll get revenge is to take matters into their own hands.

This film will undoubtedly be compared to A Serbian Film which isn’t really right, yes both are extreme and both purport to be a political allegory but Trauma makes a much more solid point and doesn’t feel as exploitative (despite the violence, which I will get to later). Rojas makes his point about the regime but he smashes that point in your face until your become numb to it all (maybe that is his intention).

I could have probably dismissed this film as shock for shock sakes film, if it wasn’t made so damn well. A beautifully shot film (unfortunately at times) that has amazing performances from everyone. What they capture on film would have to take a piece of the actors with it as it does the audience. The violence in this film is horrendous. Worse still, ninety-eight percent of the violence is of a sexual nature, not only that but it is the most graphic depiction of these acts that I have seen on film. The film tests your resilience and at least in my case, plays on your mind in the days after viewing.

I can’t really recommend this film but its power is undeniable. If you like your horror extreme then this is for you, if not then I would steer clear, you can’t unsee this.

Trauma will be available October 23rd on Blu-ray, DVD and Digital HD