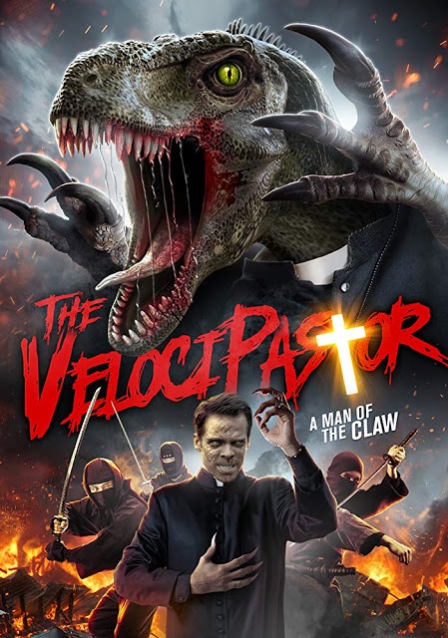 Why are you reading this and not watching VelociPastor? Hey, we hardworking Haddonfield folks love the support, the clicks, and the likes on Twitter, but we oh so love this movie more. For a movie title meant to conjure up what I suppose is irony that is so ironic that it’s ironic in it’s own irony, VelociPastor is a surprising film that is definitely silly and self-aware, but it takes great aim at crafting something so absolutely bonkers that I would be remiss not to say this is an excellent movie. It’s a god damn good one!

The story, conjured up by Brendan Steele, who I imagine was giggling in front of a laptop while typing this screenplay, is about a pastor named Doug (Greg Cohan) who travels to China in search of a new beginning. Instead, he comes across ruthless ninjas attacking a dying rogue assailant in possession of a magical dinosaur tooth. Our heroic pastor tries to save the young woman, yet she perishes, but not before passing the tooth down to Doug, who will learn of its awesome powers. 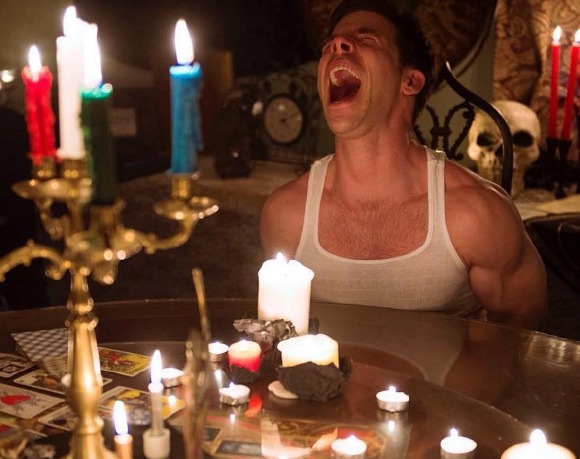 Back in the states, Doug is walking the streets frequented by the local hustle: the pimps, the prostitutes, the poor. While walking, a looter attempts to steal from Doug and nearby hooker Carol (Alyssa Kempinski), causing Doug to transform into his new inner dinosaur (think the Hulk meets The Howling, with a dash of the dad from Step Brothers – kudos if you know the reference). I don’t want to spoil this much more, dear reader, but Mr. Steele has a penchant for visual effects, and he does not disappoint.

The night of Doug’s counterattack has many consequences: He befriends hooker Carol, he questions his faith, and finds new purpose. He will use his inner dinosaur to kill all off evil in this world (which includes a most gratifying plot twist from the ninjas in China). Just feel the character development from this exchange:

Me: I don’t know much about either, but I fully give this film my blessing.