Let’s be up front and honest for a second. These days politics rules the zeitgeist and you’re either with us or against us. It doesn’t matter who us is, or any of your various thoughts or feelings on any topic, you are 100% in or you are 100% out, this way of thinking is of course bullshit and Tone-Deaf calls it all out.

When Olive (Crew) goes to the countryside to spend a quiet weekend after losing her job and her crappy relationship with her boyfriend ending. Olive goes rural and rents a house from an old man (Patrick), who may have dementia and some very real psychopathic tendencies and Olive may be on his watch list. 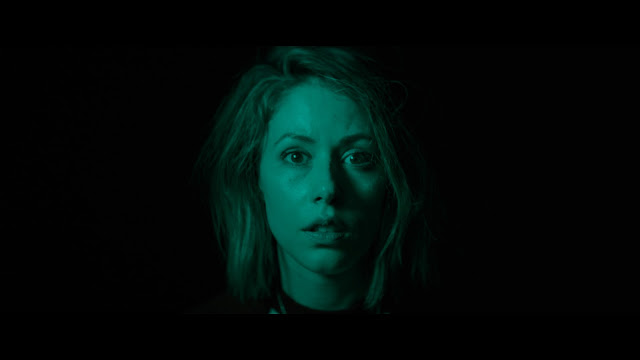 Bates Jr has written a bitter, sarcastic and damn funny film, that you can break down simply as a boomer versus millennial film. The film does not take sides, pointing out the crap from both sides of any argument. The sharp black humour that runs through the film, gets sharper and darker as it goes on, with Bates Jr. skewering everything in his path from relationships with family, with partners and with friends to shitty human nature. There is even a moment where Harvey and Olive find out that they have something in common, something that could possibly bond over in a different world but in this world it’s brushed over so the arguing could continue. Bates Jr. brings his flair along in the directing stakes with some really cool dream sequences and trips whilst not shying away from some brutal violence, including a foot injury that’ll make the most hardened horror fan wince.

Patrick’s Harvey spouts all the crap you hear from Boomers and during an interview on the Shockwaves podcast Bates Jr said he took a bunch of Facebook comments from his relatives and worked them into Harvey’s dialogue and it shows. Crew is great as Olive, sarcastic and bitter either not noticing or caring just how caustic and unlikable she is, so it is a great performance by Crew to make Olive someone that you want to cheer for. 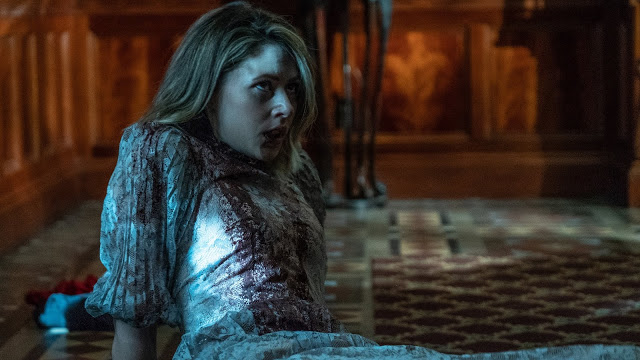 The film is littered with sporadic violence until Harvey and Olive fight it out, when the brutality kicks up a notch. Unfortunately the ending isn’t nearly as strong as the rest of the film. It ends a bit abruptly with out Harvey or Olive really getting deeper on any of the Boomer/Millennial issues which is a bit of shame because I felt that it was building to something a bit more profound, however perhaps that is the point – there is nothing profound is this dumb argument, only more annoyance and pain for everyone involved. However, Tone-Deaf is absolutely worth your time and you should seek it out.

Tone-Deaf is in Theaters and On Demand on Friday, August 23rd