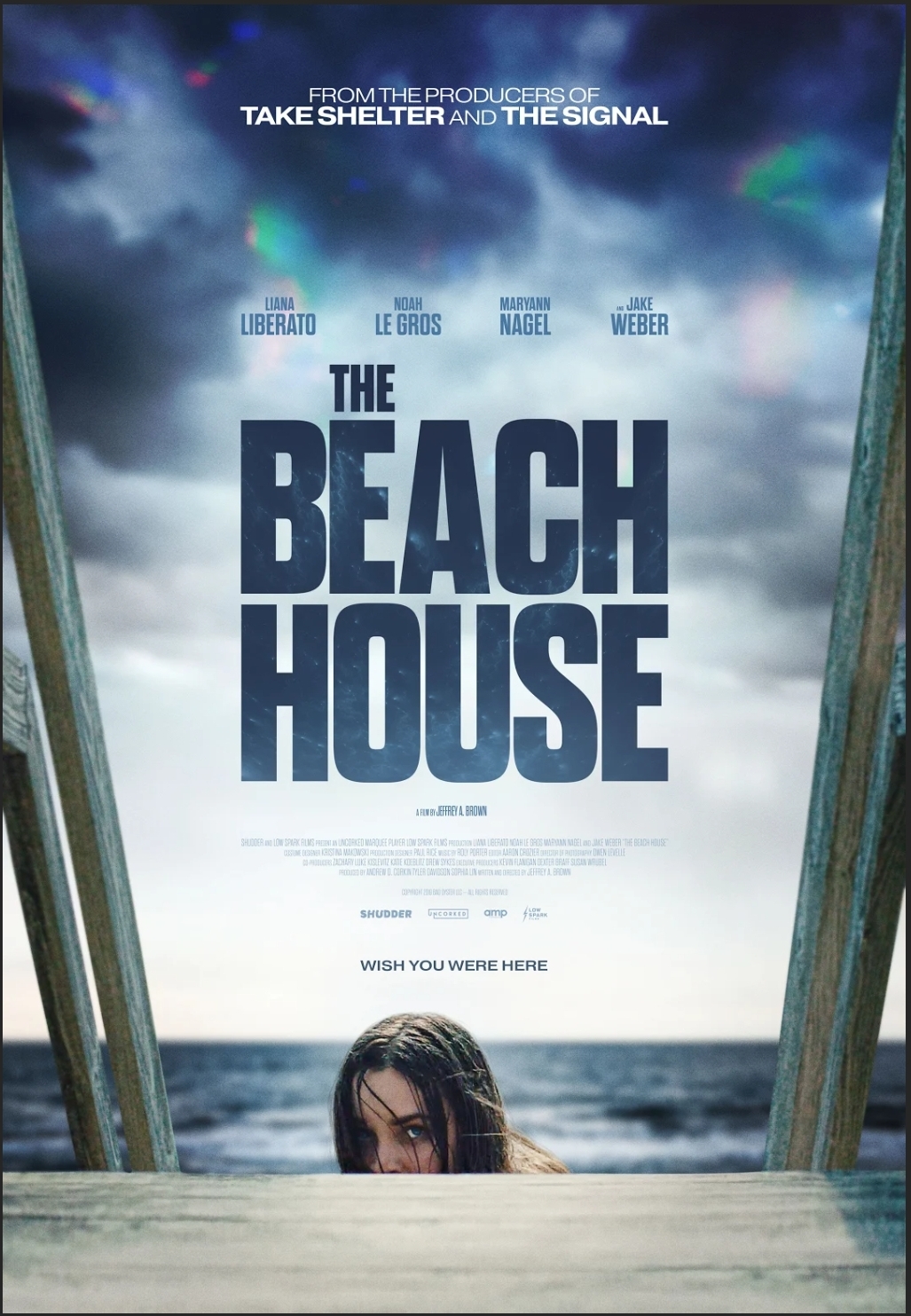 Randall (Le Gros) and Emily (Liberato) decide to get away to his parents beach house for a romantic weekend to get their relationship back on the same page. However, there is a fly in the onitment, in that Randall’s father told his friends Mitch (Weber) and Jane (Nagel) that they could also come to stay for the weekend. Despite some intial awkwardness the couples end up having dinner and as you do with your parents friends, take drugs. With some ruminations on life down to the mircobiotic levels, the drugs start to take effect and things get weird and cosmic. Languidly moving through to the next day, until Emily and Randall find out the something is not quite right around the beach.

The dread in The Beach House starts early, not necessarily horror dread but the dread that sits behind every day issues and it builds and builds. Seeping in, like the fog that rolls in off the beach, it envelopes everything and this is even before things begin to escalate and by saying escalate I am being vague on purpose because you don’t want this surprise spoiled.

Brown shows us his influences (Cronenberg, Lovecraft and maybe even a little bit of Fulci – among others) but never does this film become a series of homages. He skillfully navigates through the film, slowly but surely leading us to the horror and terror that awaits. The film works within a smallish budget but never once does the film look it. The make up and effects are great, the budget clearly not allowing for a full scale assault but the things they do pull off in this film, are frankly unbelivable – in the best way.

Brown manages to make the beach setting a frightening place. Isolated, the vast ocean presenting a canvas for unspeakable horrors, which may or may not ever appear. As the film moves along, this isolation comes with a healthy dose of claustrophobia, the doom is coming for everyone and it’s closing in fast.

An excellent film, that you should watch as soon as you can. The Beach House announces Jeffery A. Brown as someone to watch out for in the coming years.

The Beach House is now available on Shudder.