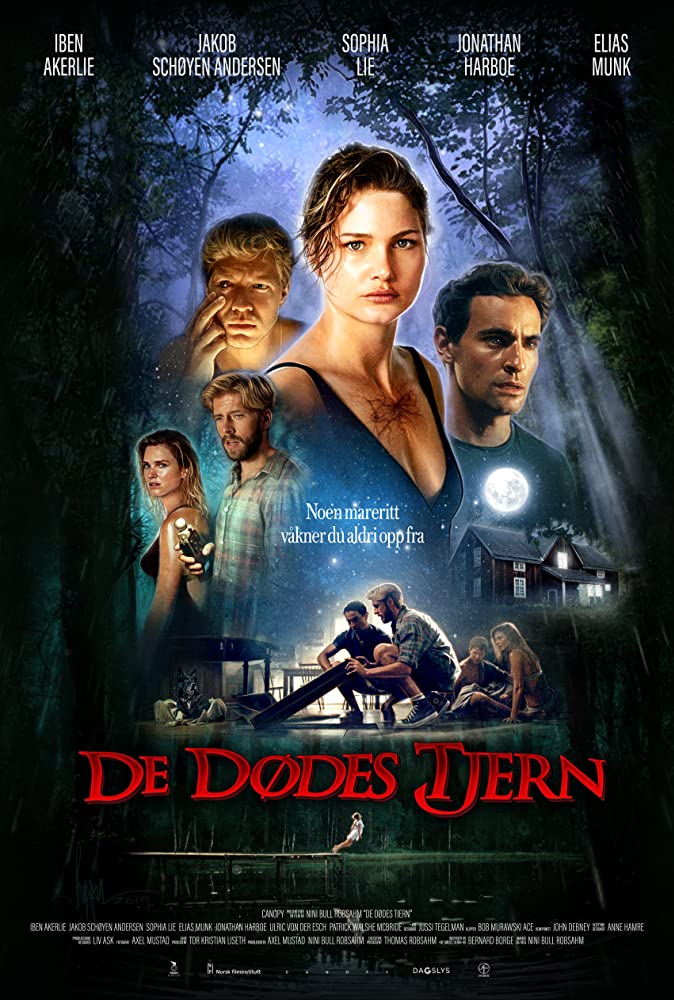 A year after Lillian’s brother Bjørn went presumably drowned (no body has been found), Lillian and her friends Kai, Harald, Sonja and Gabriel all go back to the same cabin and lake where Bjørn drowned. Lillian has had trouble coming to terms with her brothers death and this manifests in the form of hallucintions, dreams and sleep walking. Her friends are hoping this trip will help her move on. Instead, some strange inicidents begin happening and increase in severity until they are in danger.

There is not a great deal new in Lake of Death a story and setting seen before numerous times. Unfortunately the characters are there and only really based on one main trait, be it the non-believer, the secret holder, the lovers etc. Whilst the acting is fine from all the main players, the characters are uninspired which makes it difficult to care for them. Lillian gets the most character work and as such is the most sympathetic character.

Lake of Death is beautifully shot and the underwater squences look amazing. The film is directed very well, it’s just that there isn’t anything that really sets it apart from horror films. It has some very good moments of tension and a few creepy scenes but not nearly enough of them.

Lake of Death is available on Shudder now.