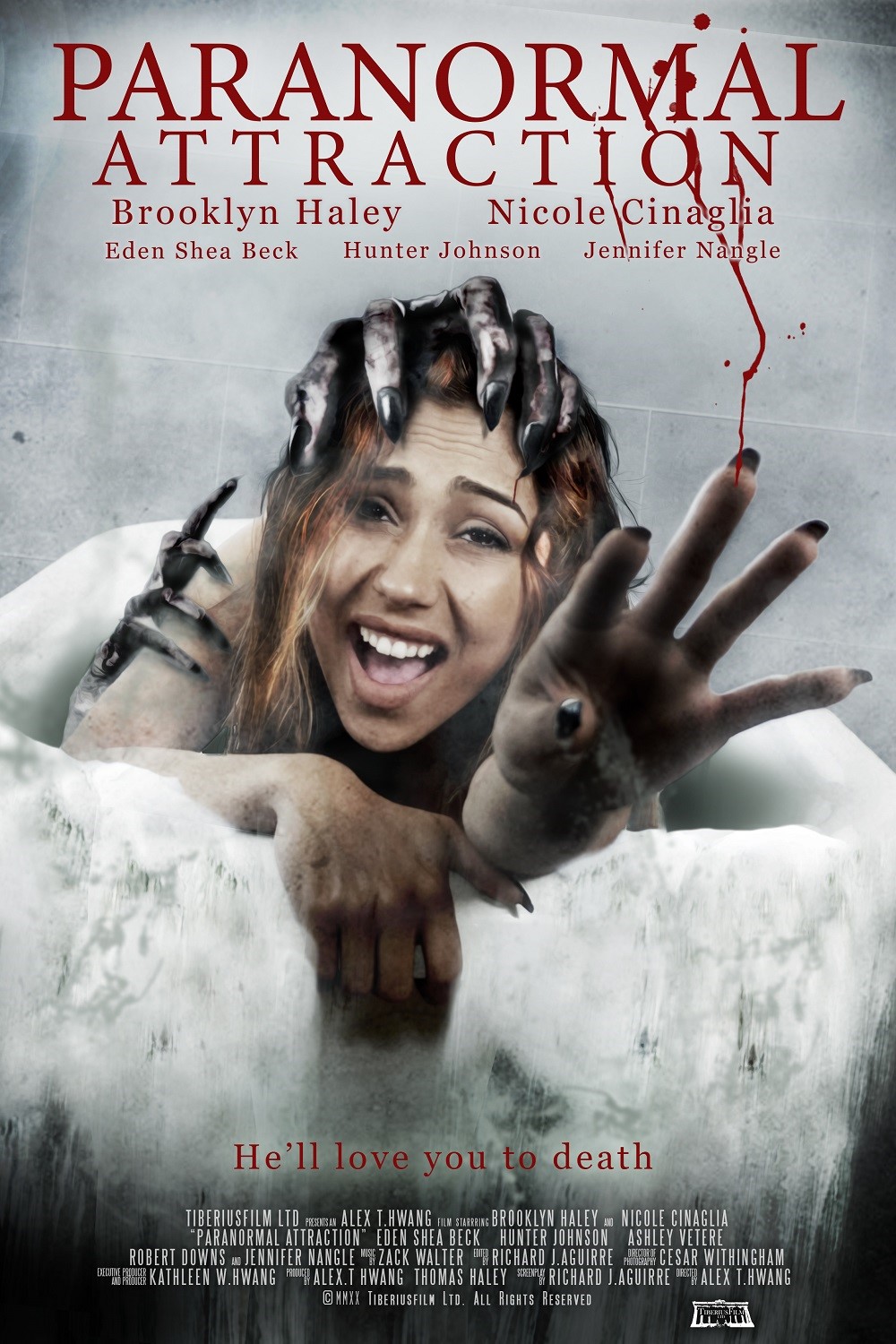 Check out the trailer and details for Paranormal Attraction.

In the tradition of THE ENTITY and THE CONJURING comes the sexy horror ride PARANORMAL ATTRACTION!

The film was written by Richard J. Aguirre and directed by Alex T. Hwang, and produced by Kathleen W. Hwang, Pat Kusnadi, and Thomas Haley.

Synopsis: Paranormal Attraction tells the dark and sinister tale of a young woman, Sara Myer (Brooklyn Haley), who moves into an abandoned house with a tragic and mysterious past.  As Sarah begins to purge the house of the previous owner’s belongings, she begins to uncover its deadly secrets. Rookie police officer Evelyn Bennett (Nicole Cinaglia) helps her investigate the mysterious happenings and captures Sara’s heart. Will they learn the secrets of the house or will the house claim Sara’s soul?