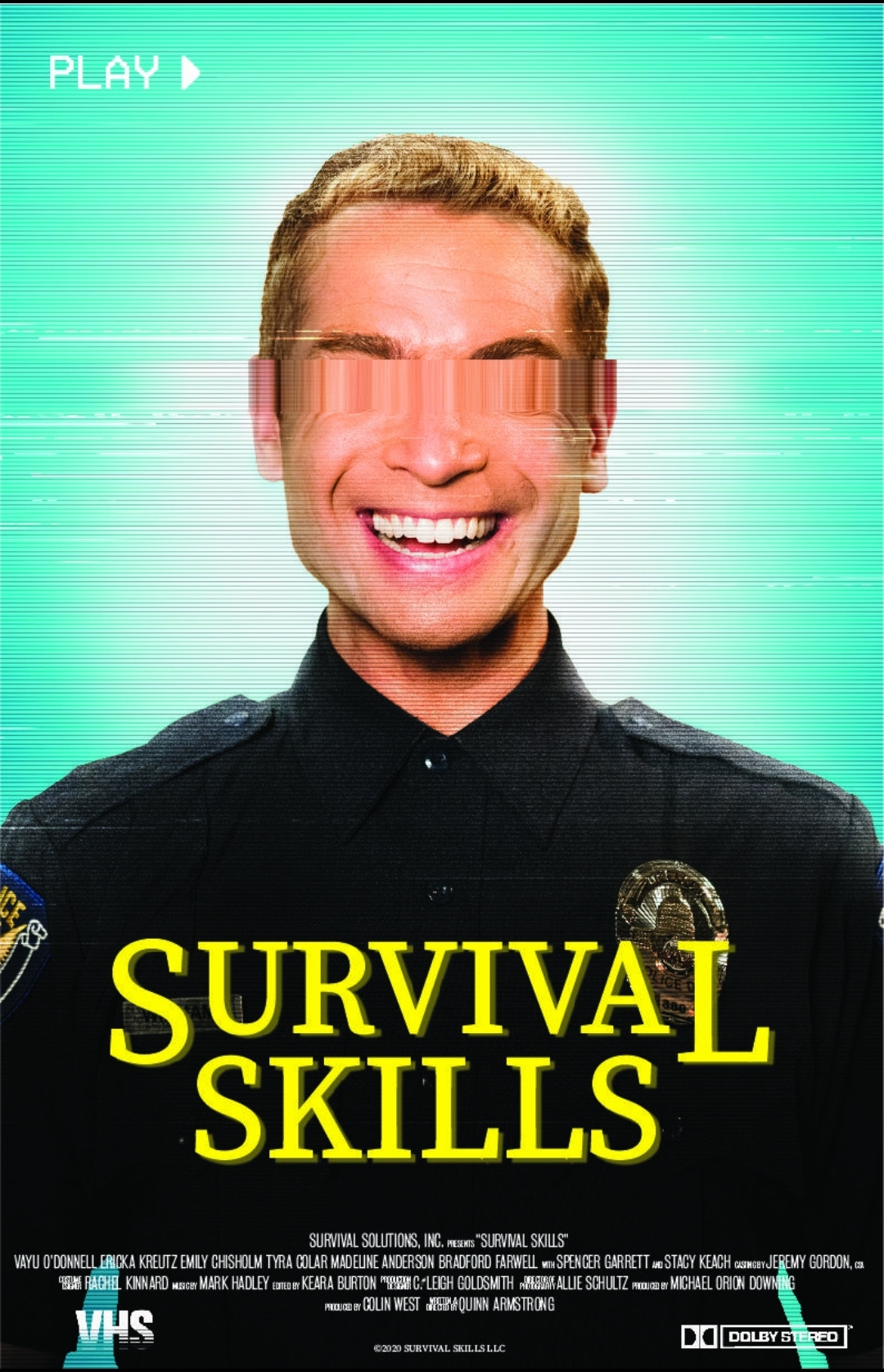 Playing as part of the Fantasia International Film Festival 2020, Survival Skills plays as an instructional workplace video mixed with the Sims and a kind of 80’s TV perfect Americana (at least at a glance), following Jim (O’Donnell) through his first year being a police officer. As Jim navigates his first year, the narrator (Keach) comments on various incidents throughout, even stopping to pause, rewind and fast forward as the film progresses. Jim is a smiley, go-getter whose moral compass is pointed true north. On Jim’s first call he comes across a domestic violence call, that begins to affect Jim’s demeanour and his entire world view.

The film cuts each little segment with a static VHS and tracking and then it further melds into farce and surrealism. O’Donnell is excellent as Jim, a facade of a scripted character that breaks character to have ‘real’ feelings. The character seems to be a comment on law enforcement as a whole and specifically the American police officer, and there is a whole fucking lot to unpack in that space from every angle.

Survival Skills occassionally cuts so close to the bone it scrapes. Pointing out the flaws in the legal system, whilst officer Jim means well, the system has no time for people that mean well, no matter if they are civilain or police. The narrator chides Jim that he should have just followed procedure and then everything would’ve been alright, which in reality Jim was screwed whether he tried doing the right thing or followed procedure, somewhere along the way you or someone else will pay the price.

Writer/Director Quinn Armstrong hits the ridiculous nature of the legal system right in the gut. Laying bare how difficult it is to prosecute domestic violence cases and then even to care for domestic violence victims. Pushing it through the filter of an instructional video makes the absurd nature of things seem even weirder, whilst the use of the VHS tracking gives way to some great creative moments.

The climax pulls no punches, really solidifying everything that happened, leading to the only conclusion that there could be. The depressing denouement makes it clear that the road to hell is paved with good intentions.

Played as part of the Fantasia Film Festival 2020.