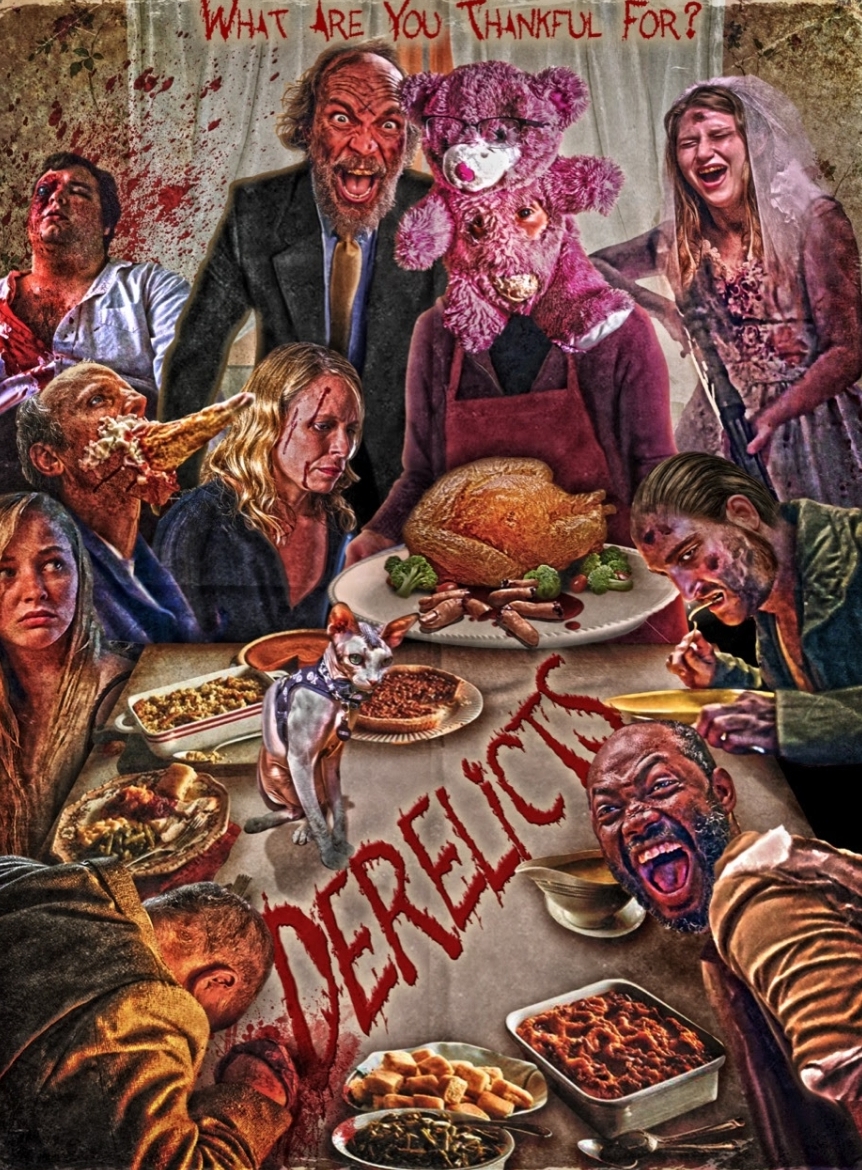 Written by Glassberg, Andre Evrenos and Clay Shirley, ‘DERELICTS’ introduces us to a dysfunctional family on Thanksgiving Day. From the over-sexed grandparents, to the squabbling siblings and an emotionless husband who seems uninterested in touching his wife – all appears normal for this particular household. That is until a gang of vicious vagrants invades their home, not only to cause havoc, pain and even death but also laying bare everyone’s faults and inhumanity while exposing some deeper family secrets along the way.

Thanks to Terror Films fans will have an opportunity to watch the film just in time for the Thanksgiving holiday. ‘Derelicts’ will premiere on the Kings of Horror channel Friday, November 13th which will include a live chat with the filmmakers and some of the cast. The film will remain on the channel for a 6-week exclusive window before hitting multiple digital platforms beginning Christmas Day.