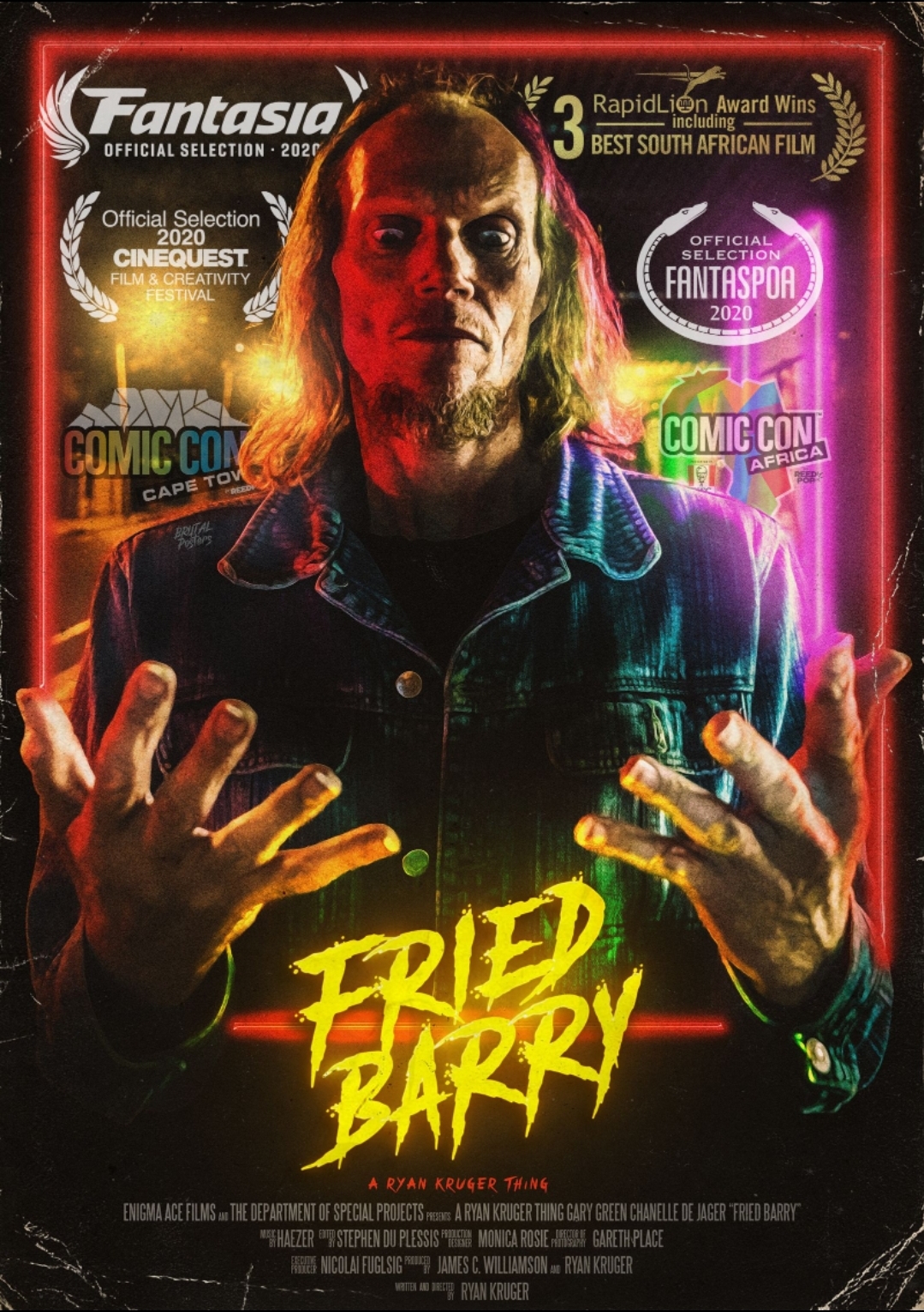 Showing as part of Fantasia 2020, Fried Barry bluntly put is a mind fuck.

Set in South Africa, it follows Barry – a drug addled fuckwit and all round despicable human with some real deal mental issues, who is abudcted by aliens (a completely bonkers sequence) and through all the prodding and probing Barry becomes somewhat of a vessel for the alien when he is returned to Earth. He is the alien’s avatar now and as he navigates the grimy streets of Cape Town studying humans both good and bad through an amoral lense.

Gross, grimey, disturbing and sometime laugh out loud funny Fried Barry, plays like a scuzzy version of the Under The Skin. There is the discovery, the mimickery that really and truly points out all of our human flaws too easily. The central performance of the film is of course Barry and Green is fantastic in the role. His angular features and lanky body really make it seem like he is new to his body and it’s great feat of body and facial acting, as the role is largely silent. Every other character in the film be it a two minute part or a recurring bit are great at selling everything they do in the film.

Kruger directs the hell out of this film. Matching the manic performance from Green. He switches from sequence to sequence seamlessly, from quasi action film to experimental fantasy at a flick of the switch. A pounding and distorted score by Haezer drives the film, giving the films wild visuals an appropriate partner.

Barry (the human) is improved remarkably by the alien’s presence, this is despite the alien having trouble navigating inside Barry’s head, being a mess of mental disorder and drugs. He is a better father, boyfriend and general citizen whilst the alien is a part of him. The film has a bit to say about society and how we all deal with drugs, addicts, relationships and mental illness albeit wrapped up in an eceletic cocktail. Maybe that’s just life in a nutshell.