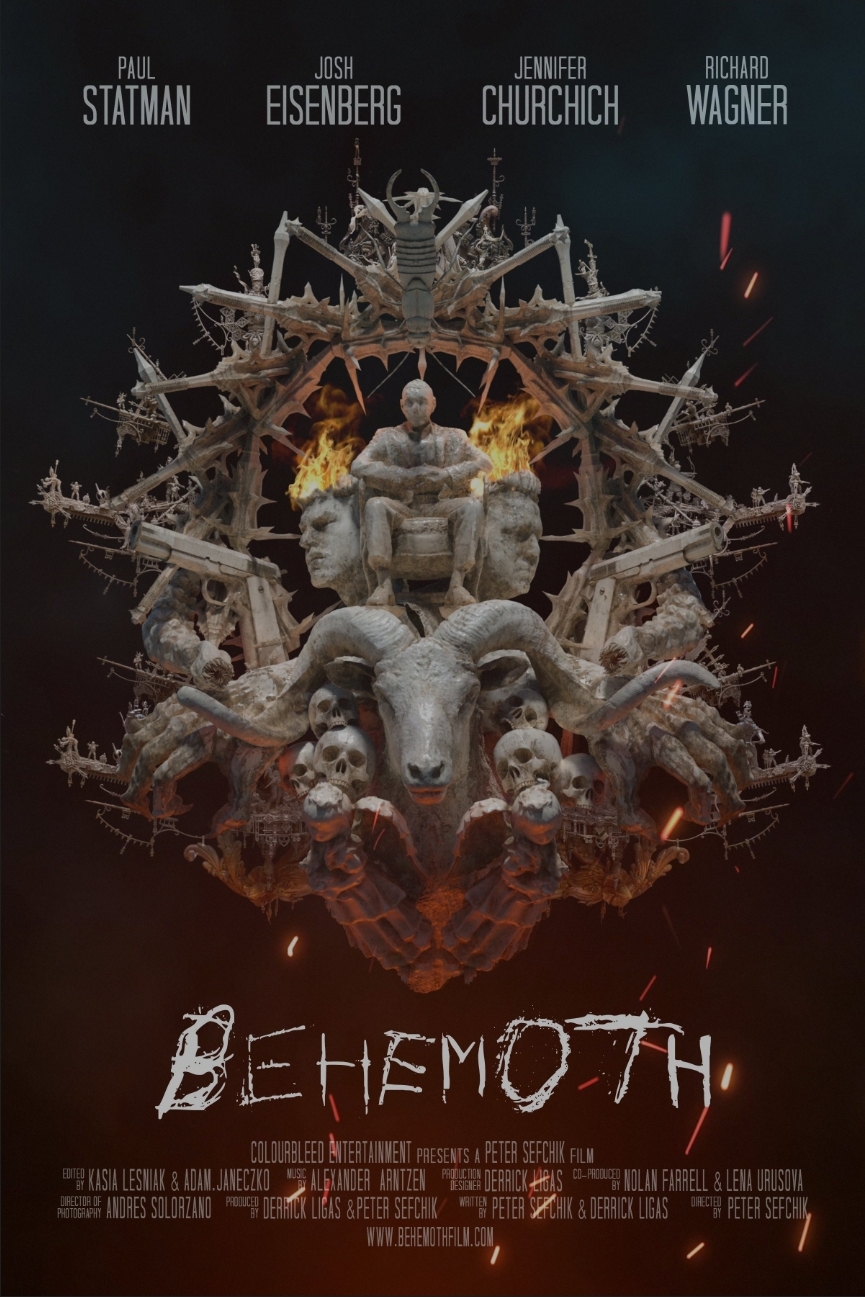 Check out the poster and stills from Behemoth. BEHEMOTH opens on digital platforms on Friday, August 27th.

BEHEMOTH is the striking debut of Peter Sefchik, who has used his vast experience creating CG creatures for blockbuster films to craft an ambitious independent feature packed with monsters and demons unlike anything seen on its budget level.

Joshua Riverton spent ten years working for a global chemical behemoth, notorious for their environmental negligence. When his daughter develops a mysterious illness, he steps forward as a whistle-blower, throwing his life into chaos. He’s convinced that his company’s negligence has made his daughter sick, and there are dark forces hiding the truth.

When given the chance to confront his old boss, Dr. Woeland, he allows a standoff to escalate into violence, and Josh is shot in the process. Now Josh is on the run, eating painkillers, and holding Woeland hostage. Josh demands answers about his daughter’s illness, but with each passing moment around Woeland, Josh’s grasp on reality begins to unravel.

Is it the painkillers, or is Woeland more than he seems? Are the dark forces all in Josh’s head, or has he stumbled into a terrifying league of evil?