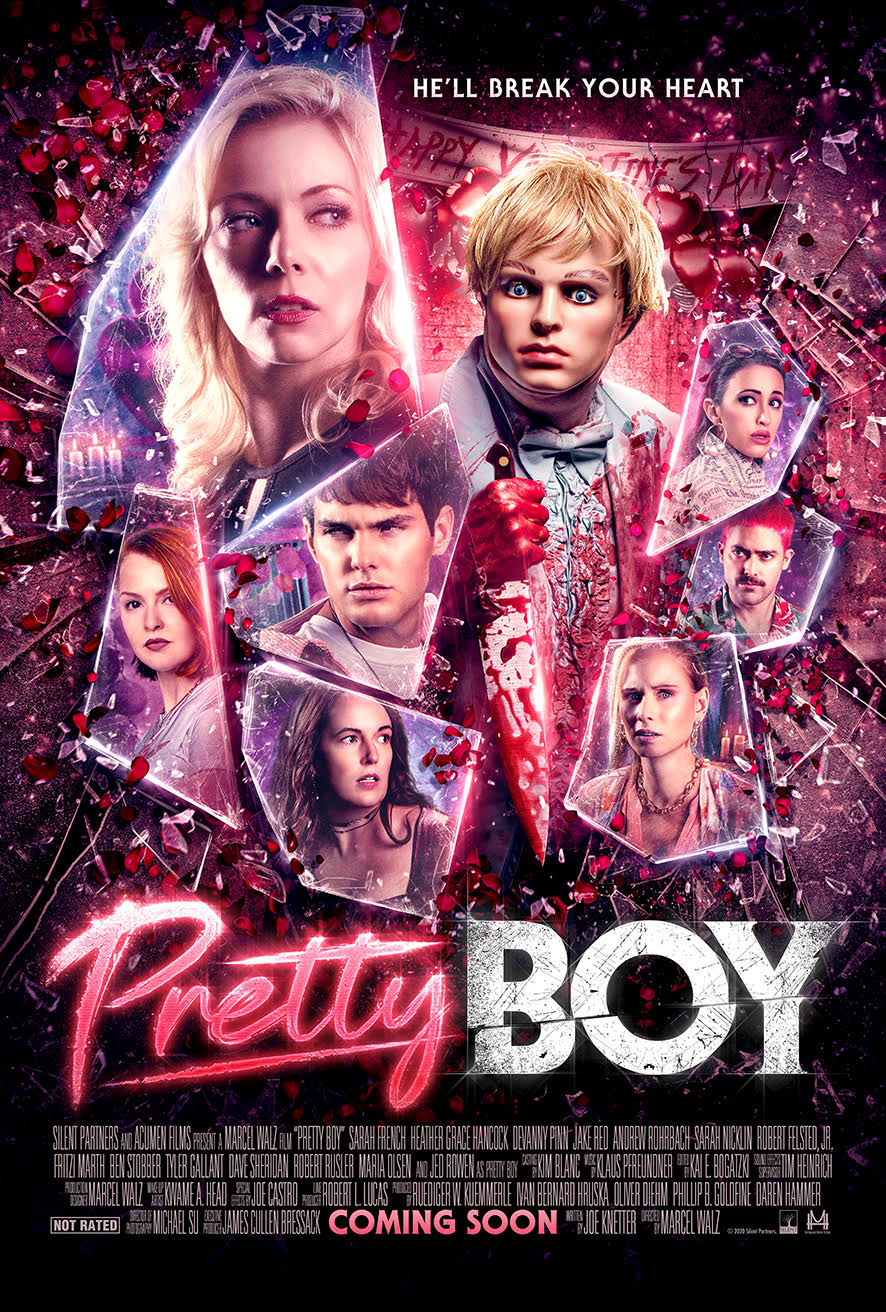 Take a look at the trailer for Pretty Boy.

The genre specialized company Black Mandala presents the horror movie Pretty Boy, directed by Marcel Walz (Blood Feast, Blind). According to its director: “Is heavily ‘80s-inspired and a love letter to all our favorite slasher franchises we all grew up with!”. The film had its world premiere on Friday, August 13 at the Popcorn Frights Film Festival in South Florida; and the same month it had its European premiere at the prestigious FrightFest (UK). A notable killer is born into the world of horror: Pretty Boy, first appearing in the critically acclaimed thriller Blind. Now the murderess in the mask returns for Valentine’s Day in a heartbreaking sequel, where he spills gallons of blood among roses and glitter. The feature stars Sarah French, Heather Grace Hancock, Devanny Pinn, Robert Rusler, Maria Olsen, Jake Red, Andrew Rohrbach, and also Jed Rowen (returning as “Pretty Boy”).

Synopsis: A masked killer named Pretty Boy takes a blind woman from her home in the Hollywood hills and crashes a Valentine’s Day party where the bloodshed continues.