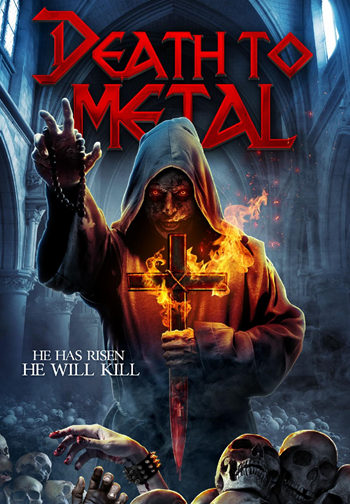 Take a look at the trailer for Death To Metal.

Time to turn the gore knob up to 11. Tim Connery’s rockin’ new horror DEATH TO MEAL is coming for Christmas.

After a freak accident, a disturbed priest is transformed into a mutated killing machine on a mission to wipe out the godless fans of heavy metal music.

Dan Flannery, recognized for his role as Tony ‘Tricky’ Trichter on TV’s “Empire”, is among the ensemble cast.