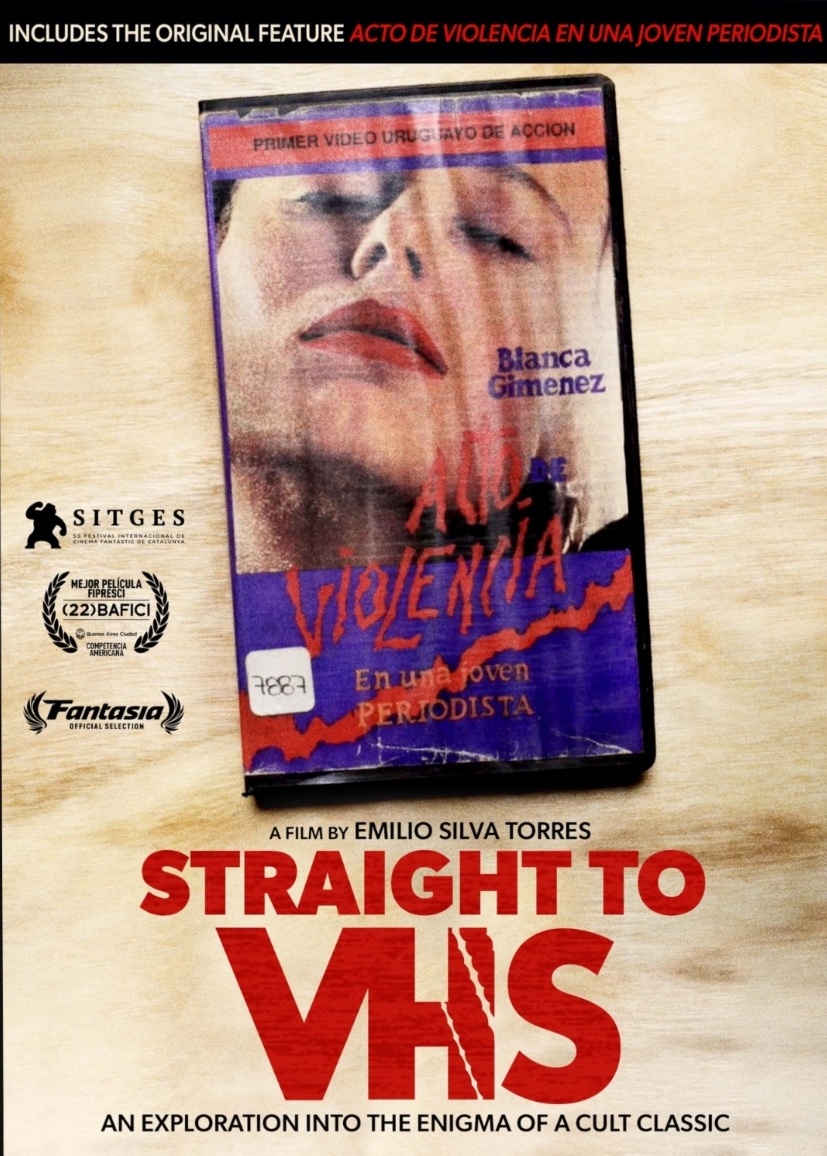 Following its 2021 World Premiere “Documentaries from the Edge” at the Fantasia Int’l Film Festival, STRAIGHT TO VHS Arrives on DVD with an Exclusive Extra: the Original, Rarely Seen Cult Thriller “Act of Violence in a Young Journalist”
– NEVER BEFORE RELEASED IN THE US!

Direct-to-video oddities flourished in the 80’s. VHS tapes were cheap, and they gave a gritty platform to filmmakers in every nook and cranny, allowing them to prolifically produce entertainment that defied most cinematic conventions. Fast forward to Uruguay 1988, when an enigmatic and mercurial director, Manuel Lamas, put an indelible stamp on the industry with ACTO DE VIOLENCIA EN UNA JOVEN PERIODISTA (also known as ACT OF VIOLENCE IN A YOUNG JOURNALIST), a low-budget release that quickly gained fame as Uruguay’s first direct-to-video thriller. Achieving a cult status akin to Plan 9 from Outer Space and The Room, and celebrated by local cinephiles and camp aficionados alike, the film continued to grow in infamy, largely due to the exotic theories surrounding Lamas, about whom virtually nothing is known.

Enter director Emilio Silva Torres, whose feature film debut, STRAIGHT TO VHS, sets out to unveil the decades-old mystery of Lamas and his bizarre cinematic oddity, delving into the fans, dark myths, and lost VHS cassettes that have kept its legend alive. As Fantasia Fest’s Celia Pouzet writes, “Navigating between Lynch’s Inland Empire and Sam Raimi’s Evil Dead, Torres blurs the lines between reality and fiction, sometimes unwillingly – the subject is just too strange. This demented investigation takes him into an unfathomable spiral, both comical and terrifying… and we’re dragged into the rabbit hole along with him.”