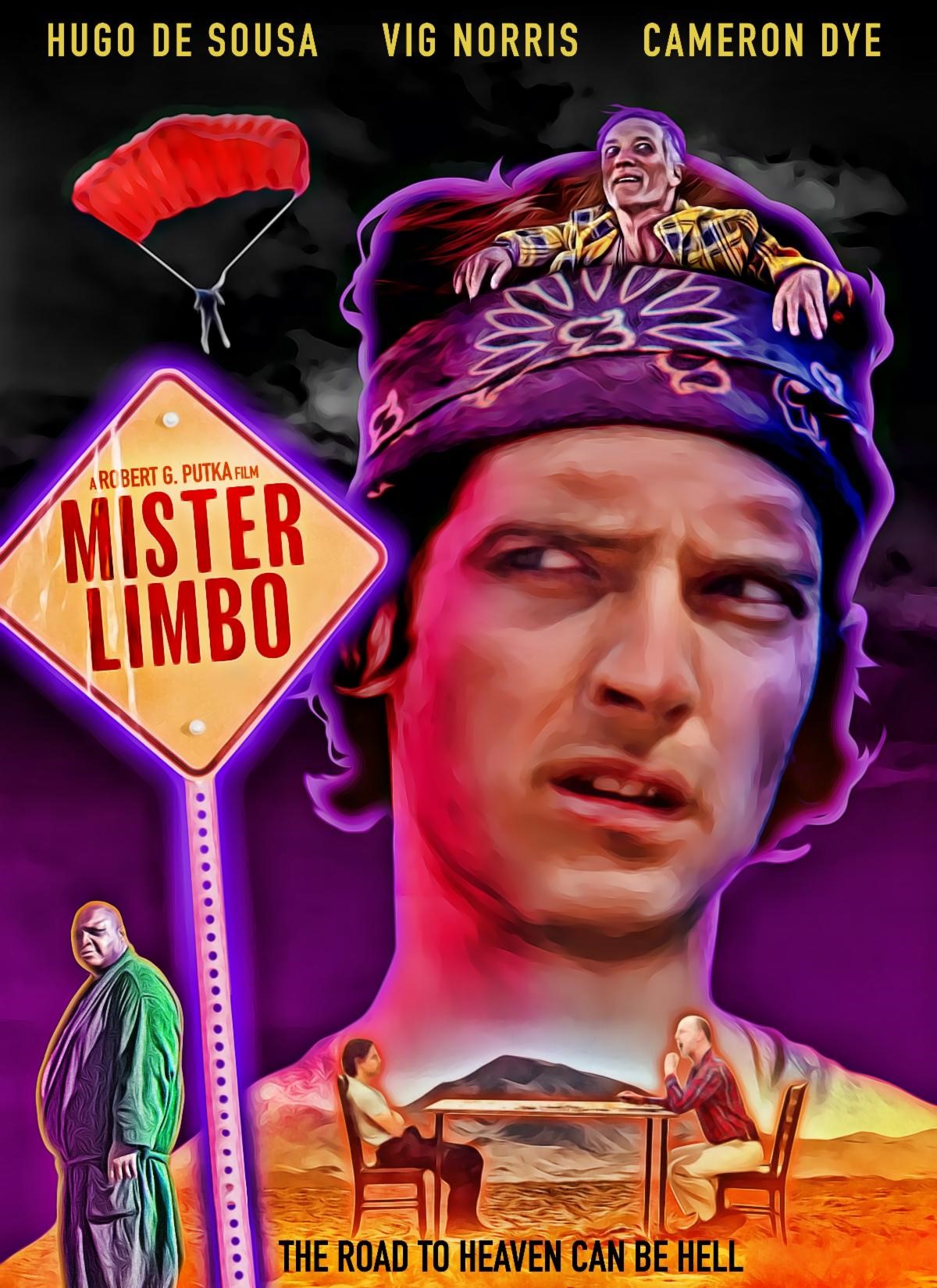 Hugo de Sousa and Vig Norris also star in the film, the tale of two strangers that wake up in the middle of the desert with no memory of anything – including their names. Are they dead? Or did they just party too hard at Burning Man?

Writer/Director Robert G.Putka, whose first feature MAD premiered at the 2016 Slamdance Film Festival and was distributed by The Orchard, was inspired to make the film after suffering a debilitating breakdown.

“Like every great breakthrough, this started with a breakdown. Back in the fall of 2016, my body and mind betrayed me, and I had a longform nervous breakdown. After years of panic attacks and generalized anxiety, it all came to a head as I was about to release my first feature film, MAD. What should have been a moment of vindication, turned into my own personal hell in a hotel room in Las Vegas.

I had the mother of panic attacks. A real nasty one lasting at least 5 hours, after which I finally, thankfully, passed out due to a heavy dosing of Xanax. But during those five hours, I alternated pacing the floor and curling up in the fetal position on the bed. I felt like I was going to die or, at the very least, collapse. This panic attack was different from all the other ones I’d encountered and learned to cope with.

Upon returning to Cleveland a few days later, the realization that I was far from out of the woods became painfully apparent.

Five years later, I still haven’t fully healed from that experience. I still deal with physical remnants of that bottoming out, some of which have become chronic. I also still struggle trying to maintain a healthy mind, as anxiety is a daily stumbling block to living a “normal” life, whatever that even is anymore. But with that said, I’m in a good place spiritually and philosophically. I feel this has given me the type of clarity necessary to take my own crises of faith, fear, and regret, and inject these ideas into a story that I hope is both personal and cathartic as it is reflective and universal.

In a lot of ways, I’m the same person I was. In some cases, worse. But in a few ways, I’m better than I ever was. I’m certainly more hopeful, and that counts for a lot.

The succinct version: I made this film after having emerged from a tumultuous period in my life. It helped me to better understand the power of forgiveness – both of oneself and others – and how it frees us to move on to better things. Maybe it can do the same for others.”

The deal was negotiated between Terror Films and the producers.