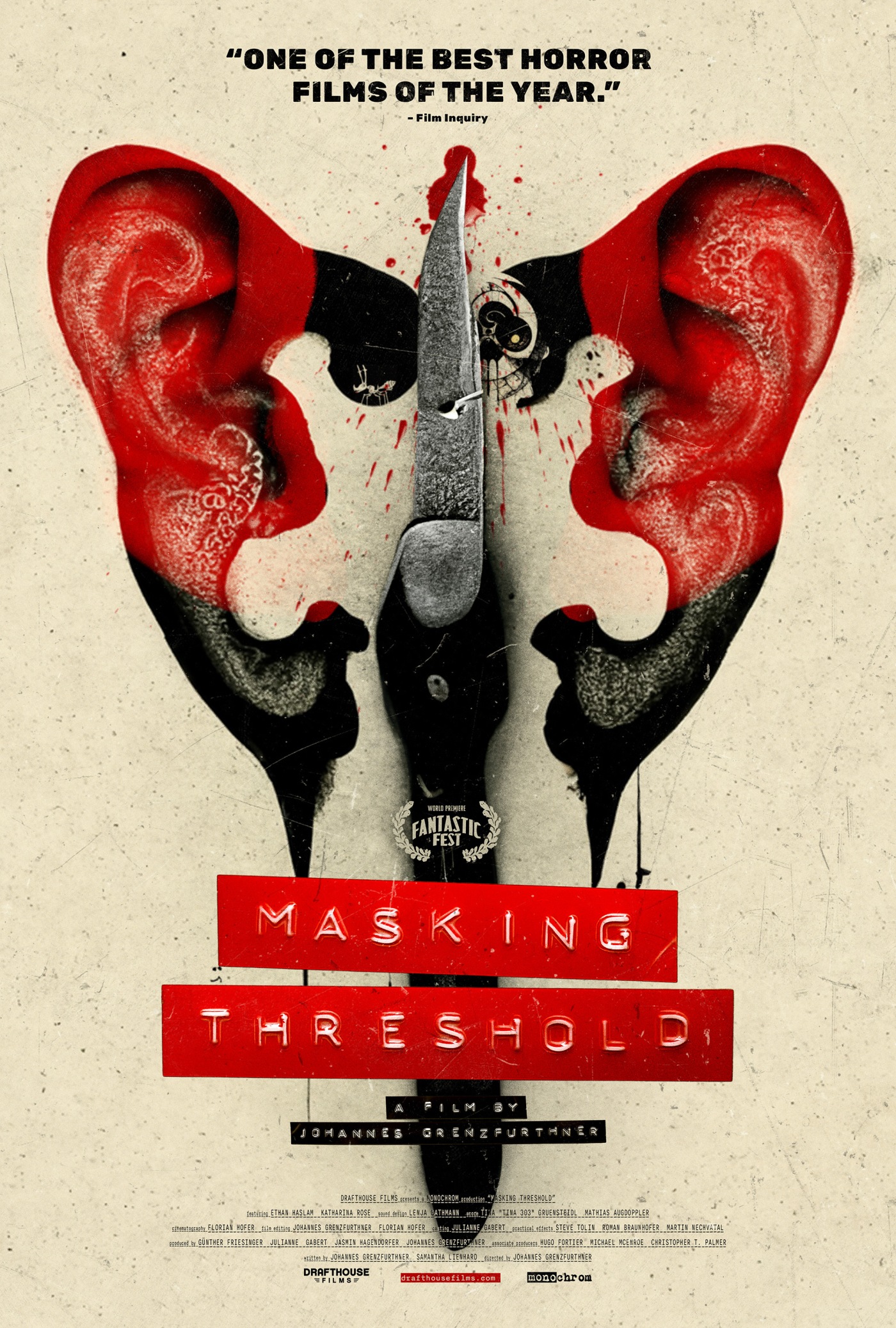 Frustrated by a constant ringing in his ears, a paranoid data analyst documents his obsessive attempts to cure his own debilitating tinnitus through a series of home experiments conducted in a make-shift lab. But as his research becomes increasingly dark and macabre, a horrifying secret behind his maddening condition is revealed with a potential cure more sinister than he could have ever imagined.

A deeply philosophical horror film inspired by Lovecraftian weird fiction and cosmicism, experimental filmmaker Johannes Grenzfurthner takes us on an unsettling journey into the paranoia of the human mind to reveal the disastrous consequences of the relentless pursuit of knowledge.

Featuring: Ethan Haslam as the voice of the protagonist and Katharina Rose as Dana