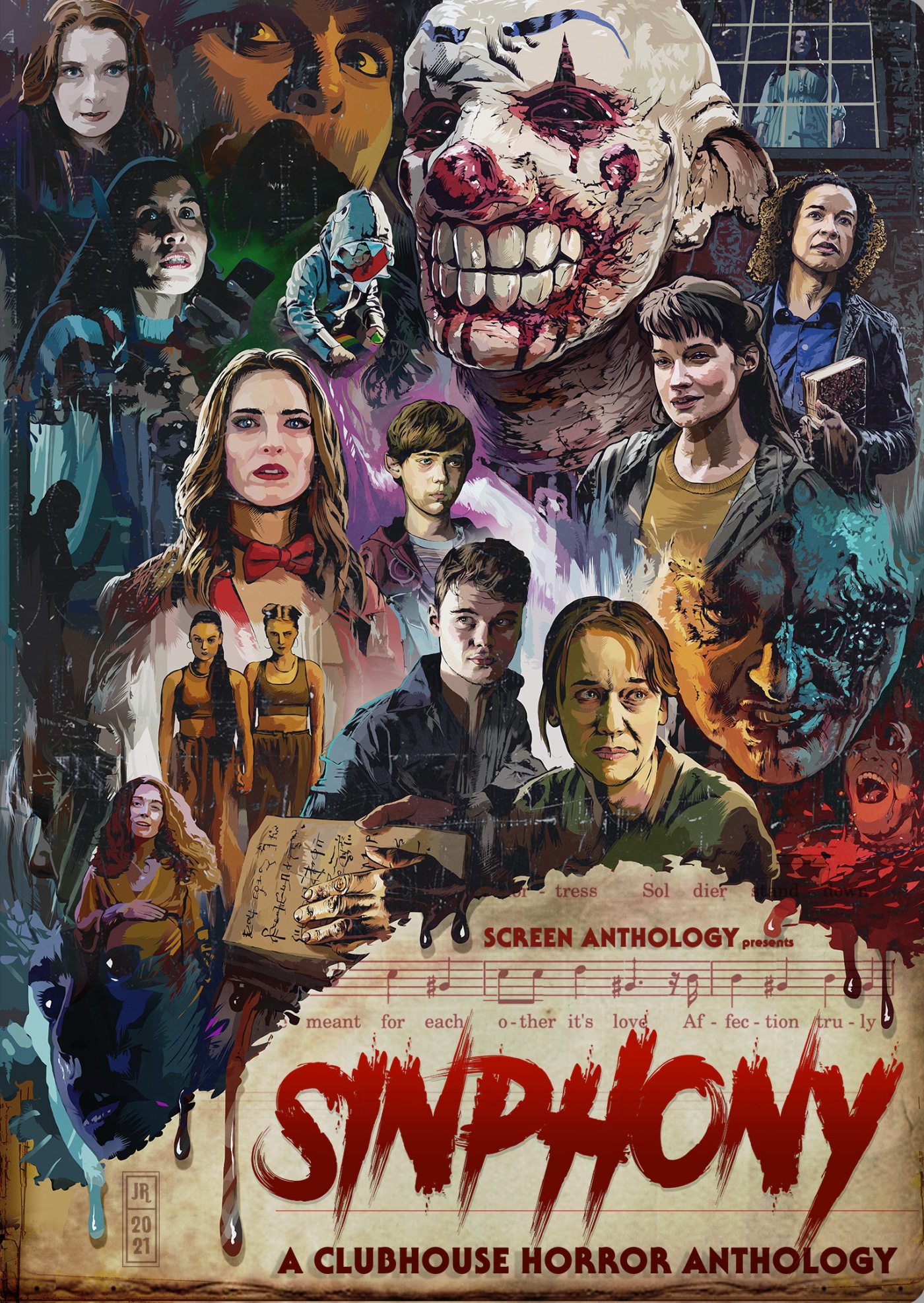 Conceived and curated entirely on the popular, audio-based social media platform Clubhouse and produced by Screen Anthology, SINPHONY: A Clubhouse Horror Anthology features a group of international filmmakers each exploring a character dealing with tragedy caused by a supernatural entity.

Available in Cinemas and on VOD/Digital Platforms October 21, 2022.

SINPHONY’s shocking stories include: an innkeeper’s growing concern about his secretive new guests; a contractor who inhales mold spores that lead to murder; a couple confronting the fact that one of them is a ghost; a witch protecting her child from a killer; a dance craze that has dire consequences, and much more!

A small-town innkeeper’s growing concern over domestic abuse between his new guests takes a horrific turn as he stumbles upon their monstrous secret.

After a botched robbery, a young woman bleeds out in her car, while being terrorized by a ghostly figure.

A recently separated couple comes to terms with the fact that one of them is a ghost.

A witch must summon the power of her coven to defend her child from a crazed killer.

Intent on capturing an original moment in time, a woman faces a deadly battle when the moment fights back.

In a desperate attempt to preserve her youth, a 30 year old woman engages in a social media dance craze that may have dire consequences.

The anxiety of a woman unplanned pregnancy intensifies as her body goes through a series of unexplained changes.

A parasitic brain infection causes by a cursed song when heard, sends ordinary people into a killing frenzy.