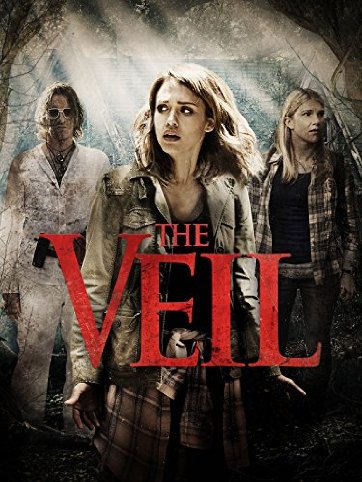 @dinsmorality ponders what’s next…
Blumhouse Productions, named for its head producer, Jason Blum, is known for franchise hits Paranormal Activity, Sinister, The Purge, and Insidious, including recent standalone hits such as Unfriended, The Gift, and The Visit. Since 2009, the studio has produced 45 films and grossed 2.24 billion dollars at the domestic box office. This is a huge return on investment, considering that these 45 films – collectively – only cost around $141 million to produce.  That’s a 1,488% return on investment within 6 years. (The first Paranormal Activity, produced in 2007 but debuting nationwide in 2009, cost a measly $15,000 and earned over $193,000,000 worldwide; earning its place as the most profitable movie in history). I know what you’re asking: Does the studio have stock, and how do I invest?
Such success is why the LA Weekly called Blum the “smartest man in Hollywood,” turning something cheap into a highly valuable commodity: the seemingly B-rate horror movie. And all criticism of these films aside, Blum has figured out the formula as the alchemist turning pulp into movie gold. Not one film at Blumhouse was produced for more than 10 million dollars. Of the 45 produced since January 2016, only seven have failed to turn a profit (The Bay, The Lords of Salem, Plush, 13 Sins, Stretch, Jem and the Holograms, and Area 51).*
With such stellar returns, could a bubble, like so many we’ve seen rattle the stock market, be ready to burst in the cheap movie business? On paper, the answer is no, but like any good market analyst will tell you, forecasts are important. And right now, the future of Blumhouse tends to look murky.
The Dud Known as The Veil
2015 was a good year for Blumhouse, with smaller titles like Unfriended and The Gallows – even the less than stellar but better known Sinister 2 – generating respectable profits at the box office. But 2016 has had a very rocky start for the studio. In comes The Veil, released “On Demand” this past January (available on Netflix in the U.S.) with two other Blumhouse films, Visions and Curve. The movie has a respectable cast, with Thomas Jane, Jessica Alba, Lily Rabe (best known for her recurring roles on FX’s  American Horror Story), and Reid Scott, everyone’s favorite egotistical aide on HBO’s Veep. But this talented bunch can’t make up for the waste that is this movie, conceived from every cliché and trope in the book. The film also doesn’t fit neatly into the lexicon of Blumhouse films, which even for non-horror fans can find within them a wealth of surprises, creative ideas, and good ol’ fashion fun in their twisted storylines.
Even the premise of The Veil is lackluster. It’s the 1970’s, and Jane plays the charismatic leader of a cult (his name is Jim Jacobs, not Jim Jones) called Heaven’s Veil (not Heaven’s Gate). Jacobs’ pontification about the sins of the world inevitably lead to a mass suicide with only one survivor, a young girl named Sarah Hope. (Hope? Really?) Her story will be documented in adulthood by Maggie (Alba), a filmmaker who uncovers additional “found” footage and evidence that adds a new twist to that fateful day. You see, Maggie and Sarah share an uncanny bond: Maggie’s father was an FBI agent who first reported to the scene, and Sarah’s father is, of course, Jim Jacobs. Secrets will be revealed, but not until a return to the cult’s commune reveals that the ghosts of its members, including the unsettled and menacing soul of Jacobs, have some unfinished business to settle in the world they prematurely departed.

What ensues is a series of boring scares, obvious plot twists, and unintentional laughs, including Rabe’s character falling on the floor numerous times even when no ghosts appear. The ending’s twist is not so much a reveal as a revelation that perhaps the movie would have been a lot more interesting had the premise begin with its conclusion, but that would require a decent script.
The Forecast: Sequels, Remakes, and Who Knows…?
Which brings me back to the future of Blumhouse and its forecast for 2016. The Veil and its two contemporaries (listed above) were, as already mentioned, released straight to On Demand, even though the former was slated for theatrical release (it has A-list stars, after all). Common sense will tell viewers that movies without theatrical releases and sent to the “straight to —” market are deemed worthy of such marginalization (I don’t always agree with this conventional wisdom, but that shall be tabled for another day). In this case, viewers are correct.
None of this necessarily spells doom for the folks at Blumhouse, but the trend is worrying. Creativity doesn’t have a dollar sign, but it would make sense for the studio to reward a good script when settling on the model of modest budgeting. Movie studios are in the precarious position of churning out “art” within a culture industry that, at the end of the day, is dictated by profits and popularity. We as audiences are complicit in such an industry, but we elect and re-elect such art forms by voting with our dollars. What worries me is that Blumhouse will simply churn out products in a cynical move to make money and to do so faster, only to adulterate the creative process (why make it out of gold when you can paint it yellow?) that has given us 6 years of really good films. Audiences recognize such complacency, and we’ll vote spend elsewhere.
Our own Lisa Fremont recently sat down with Ryan Turek, Director of Development at Blumhouse, and spoke about future projects. Turek, who has garnered praise for his past projects with Shock Till You Drop, reveals that the process at Blumhouse is far more meticulous than the perceived complacency that may have greenlighted these 2016 films. While Turek does not speak about these aforementioned releases, he reveals his and the company’s process behind the curtain:
Jason has found a great model to make horror movies…We make horror movies regularly, we do it with care, we do it with a lot of heart. I’m in development: I’m in there, in the room, talking and giving notes about how to make these movies better and better. But also Jason, to me, is the showman. He’s a little bit of the William Castle. He’s showing his ingenuity on a budget and that’s a little Roger Corman.
The Corman reference reveals Blum’s attitude of making it Hollywood. Yes, of course making a profit is important for the solvency of the company, and Corman himself is known for making entertaining films and never losing money on a release. That position – call it a strategy – seems to be an important facet in the Blumhouse ethos, and if a film fails, Blum needs to surround himself with talent to ensure the brand remains a staple of the horror genre. It’s not all Jason Blum. It’s the people like Turek who play a key role in ensuring the model is sustainable, and the quality satisfies the moviegoer. In an era of big budgets dominating the box office, this is very difficult to do.
So the Blumhouse stock may rise. As a fan and critic looking to bridge my objective and subjective viewpoints, I stand hopeful. And like zombies, certain franchises never die. A new Paranormal Activity is inevitable, as is a third Sinister, and buzz is already generating for the next Purge due out this summer. Many are also looking forward to an Amityville Horror reboot in the works. As for original scripts? We’ll just have to see. After all, 2016 is still young.
*These statistics are compiled by IMDB and Box Office Mojo. It should be noted that some films have not reported earnings or budgets. These figures are based on available data and interpreted as the best estimates in regard to budgets and box office returns.
Eric Dinsmore
Twitter: @dinsmorality
Images: IMDb