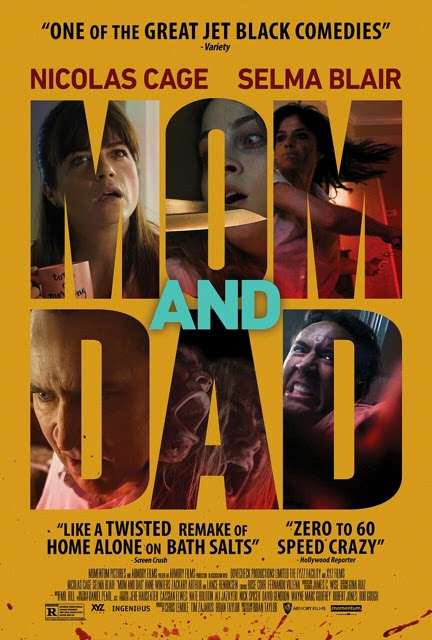 I’m going to save both of us some time and just get straight to what you really want to know about Mom and Dad. Yes, Nicolas Cage delivers one of his better performances since…well, I suppose that depends on what you qualify as an awesome Cage performance. More Kiss of the Vampire and less The Wicker Man. And yes, Mom and Dad is a wacked-out, good time, black comedy that is destined for cult status. 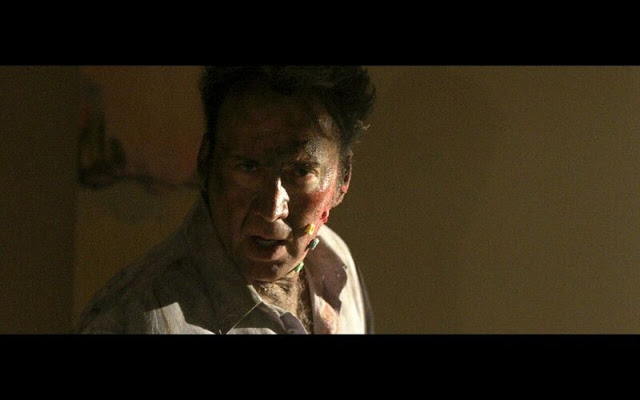 Brian Taylor, half of the team that brought us the delightfully bizarro Crank, delivers another frenetic film that begs you to ignore a couple of ugly racial stereotypes, lack of plot point explanation and any kind of resolution. In a movie where television static causes parents to want to kill their children, do you really need a ton of logic and scientific reasoning? I think not. 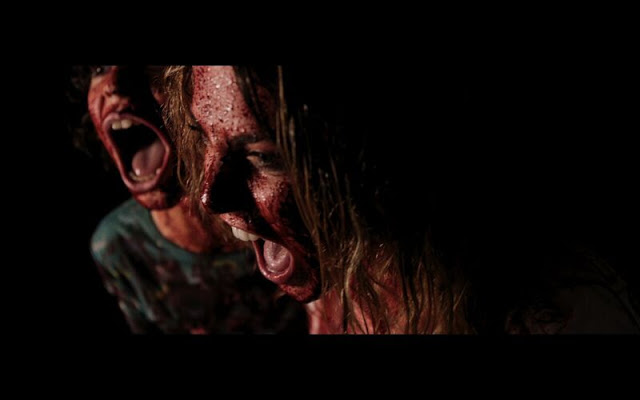 Taylor previously directed Cage in Ghost Rider: Spirit of Vengeance and it’s obvious that the mutual trust between the two is what helps Cage put his best foot forward and also elevate some scenes that would have been comedic disasters in the hands of another. Let’s be real: only Nicolas Cage can destroy a pool table while singing the Hokey Pokey and seem cool while doing it. It cannot be stated strongly enough that Selma Blair is also a key part of what makes Mom and Dad a fun, wonderfully bleak look at parenthood. Her performance as a picture perfect, woefully under appreciated suburban mom is spot on and her obvious exuberance when the virus turns her nurturing instinct into a homicidal one is hilarious and, at times, understandable for any parent. Cage and Blair work so well with one another while giddily plotting ways to kill their own children, but also when the film utilizes flashbacks to illustrate how both mom and dad have found themselves so far removed from the future that their younger selves had envisioned.

With some kickass retro opening credits, a truly awesome cameo from Lance Henriksen, solid and never annoying child performances and the amped up, video game style direction we expect from Taylor, Mom and Dad is a fun horror sprint through teenage angst and middle age meltdown. Oh, and fans of Crank? Don’t you worry; there is a scene that is absolutely batshit crazy. Can Taylor top Jason Statham and Amy Smart having sex in public? He can and he does with a woman giving birth during this outbreak. It is truly something that has to be seen to be believed. Going into this movie, you know whether or not you’re the audience for it. My only real complaint is the ending that feels rushed and makes me wonder if they misplaced the last few pages of the script. Or maybe I’m a suburban mom who’s TV has just gone on the fritz…