Playing at Fantasia 2018 Rondo is a sleazy, odd, confronting and violent exploitation-esque film that plays by its own rules…and I love it.

Military vet Steven has some issues. As he spirals out of control, his sister offers him a place to stay and eventually she sends him to a therapist. The therapist is rather unconventional to say the least and aside from telling Steven all of her kinks, she also gives him a number to contact for what she says we help him get through his struggles. Steven goes to the place and says the password Rondo…and to spoil anything that happens from there would take away the fun but suffice to say shit gets crazy.

Rondo has a narrator, not unlike Robert Stack from Unsolved Mysteries and it is a little off putting at first but once you get into the film, it is a quirky touch, which matches this film. Whilst it is quirky  don’t make the mistake that quirky means goofy because the subject matter is sleazy and violence is very impactful. 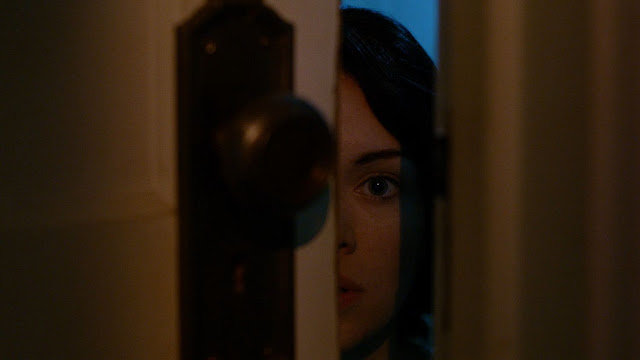 Pushed along by an exceptional score Rondo manages some extended moments of suspense, the score is used throughout the film only when the dialogue really matters does the score fade away completely. It also helps gloss over the fact that most of the characters do not get a hell of a lot of development beyond their base motivation, if that motivation is made clear. However, that doesn’t make the film any less entertaining. 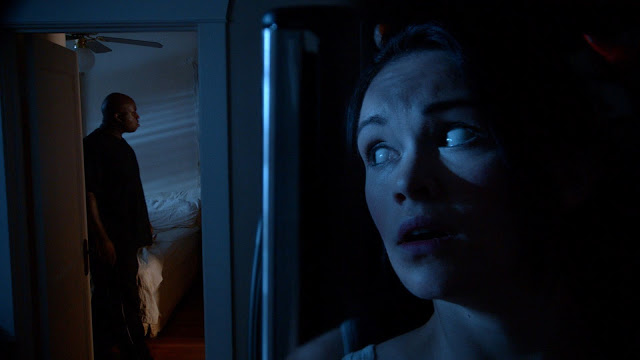 Drew Barnhardt directs this lurid, pulpy tale framing each shot with a meticulous eye – nothing in the film is by accident. All the actors are bringing their A-game, each performance is pretty much note perfect. The comedy is so dark and thick that it barely drips and you don’t realise when the jokes land until a second after such is the juxtaposition of what is happening to our characters vs the dialogue.

Rondo is a pulp novel come to life, with shades of exploitation, oddball characters and some very confronting scenes. Throughly entertaining and you’ll be appalled at yourself for liking it so much. I can’t wait to see what Barnhardt has instore for us next.

Playing at the Fantasia Film Festival