Set in the aftermath of the early 00’s housing boom, Arizona asks the question, “What Would Danny McBride Do?” As Sonny, McBride finds himself stuck in an overpriced McMansion in one of those ubiquitous gated communities where all of the houses look the same. Also going through a messy divorce, he’s an angry man desperate to stay financially fluid and keep his two sons. After an unintentionally homicidal encounter with his real estate agent, he now has to decide what to do with the one witness: enter Rosemarie DeWitt as Cassie.

Despite boasting a cast of well seasoned comedic actors, Arizona is decidedly the McBride show and that’s either a positive or negative depending on what side of the Eastbound and Down fandom you fall on.

McBride has cultivated a strong fan base with his brash, foul mouthed, socially inept, give zero fucks, entitled white male ego, but it’s also a polarizing character type. So, while McBride gives us a toned down version of Kenny Powers, if you don’t care for his brand of humor, this will be a long, rough go for you. Side note: at this point, I have to wonder if it’s in his contract to always have a slow motion walking sequence where his character uses some tough guy swagger, but we all know that he’s anything but.

While Sonny may have invented Wice (ice cubes made out of wine), he’s not shrewd enough to successfully work his way out of the amazing pile of shit that he puts himself in: so many murders in such a small span of time and in such a sparsely populated neighborhood. In the spirit of a Coen brothers film, Sonny is just a regular doofus who keeps digging himself a deeper and deeper hole, at one point observing, “Bodies are, like, super heavy, right?” 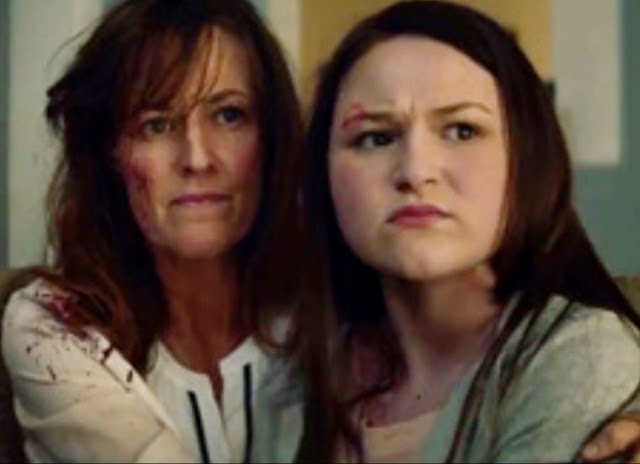 As he dispatches off random people (all of which are hilarious in their own right), Cassie is the one who has to stop Sonny and her Final Girl persona may be understated, but it’s not to be trifled with. A single mom of surly teenager Morgan (Lolli Sorensen), Cassie is also in the same cash poor real estate situation as Sonny and she has suffered one too many inept, self centered men: she is not having anymore bullshit and has been pushed to her limit. McBride and DeWitt are fantastic, the scenario that plays out, while absurd, is also kind of understandable to anyone who has found adulting to be beyond exasperating and there is a genuinely suspenseful sequence at the end. All of the parts are here, but don’t end up creating a whole and it’s disappointing. A stellar cast, dark humor, a little horror and a little suspense, yet it all fails to impress; just like the granite Sonny chose for his kitchen.