The Shriekfest Film Festival, an international horror/sci-fi film and screenplay competition, has announced the first three films of its 2018 feature film lineup. Film festival director Denise Gossett says “Wait until you see these amazing films from all over the world.”.

The last 3 feature films selected are listed below 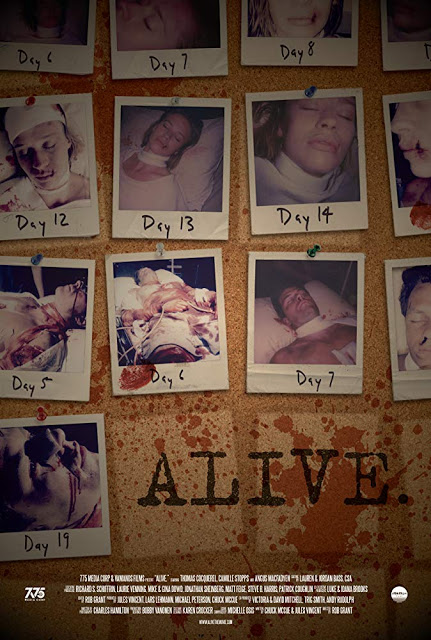 “Alive” (WEST COAST PREMIERE) directed by Shriekfest alum Rob Grant (What Doesn’t Kill You), written by Chuck McCue & Jules Vincent.
A severely injured man and woman awake in an abandoned sanitarium only to discover that a sadistic caretaker holds the keys to their freedom and the horrific answers as to their real identity. Starring Thomas Cocquerel, Camille Stopps (The Strain), & AngusMacfadyen (Saw III, Saw IV, Braveheart)

“Ashes” (WORLD PREMIERE) Written & Directed by Barry Jay.
When a family’s “Black Sheep” Aunt passes away, they are reluctantly gifted her cremated remains. After a series of strange supernatural misfortunes beset them, they’ll go though Hell to be rid of her vexed spirit once and for all. Starring Elizabeth Keener (The L Word),Melinda DeKay (Torment), Jeremy Earl (Empire), Yumarie Morales (Sisterhood), Angelique Murnae, & Maria Olsen (Paranormal Activity 3)

The festival will also showcase 35 outstanding and diverse international short films, covering just about every aspect of horror, sci-fi, and fantasy.

The Shriekfest Film Festival runs October 4 – 7, 2018. An opening night party will take place at Bar Sinister in Hollywood; the rest of the festival will be at the iconic Raleigh Studios on Melrose Ave.

Shriekfest, now in its 18th year, was created in July 2001 by Denise Gossett and has grown into the longest-running and one of the largest horror and sci-fi film festivals in the country. This is also the second year that Shriekfest will be bi-coastal with Shriekfest Orlando on November 3rd. Since its inception, Shriekfest has offered young and upcoming writers, actors, directors, and producers a chance to have their work screened and rated by peers.