Wanted for multiple crimes, Dr. Albert Beck (Eric Roberts) hides out as a lowly waiter at a roadside diner in the New Mexico desert. But Beck escapes his dead-end life by assuming the identity of another doctor en route to a new job at a nearby sleep clinic.

After charming his way past the clinic’s director, Pamela (Felissa Rose), Beck falls for his first patient: Michelle (Emilie Ullerup), who suffers from sexomnia – a rare condition that causes her to sleepwalk into sexual relations with strangers. Beck dedicates himself to Michelle’s treatment, using it as an excuse to get close to her and win her affections.

But Beck’s interest in Michelle is derailed by the arrival of her beautiful niece, Katie (Angeline Appel), who suffers from a similar nocturnal condition. Beck turns his romantic attentions to the younger woman, causing Michelle to grow suspicious and alert Pamela, who begins to question Beck’s erratic behavior…

Needing to clear the path for his relationship with Katie, Beck frames Michelle for Pamela’s murder and has her institutionalized for the crime – giving him total access to a distraught Katie. Michelle, realizing Beck’s true intentions, escapes from the asylum and races to save her niece from the murderous doctor – leading to a dangerous showdown between Michelle, her sleepwalking niece, and the lovelorn Dr. Beck! 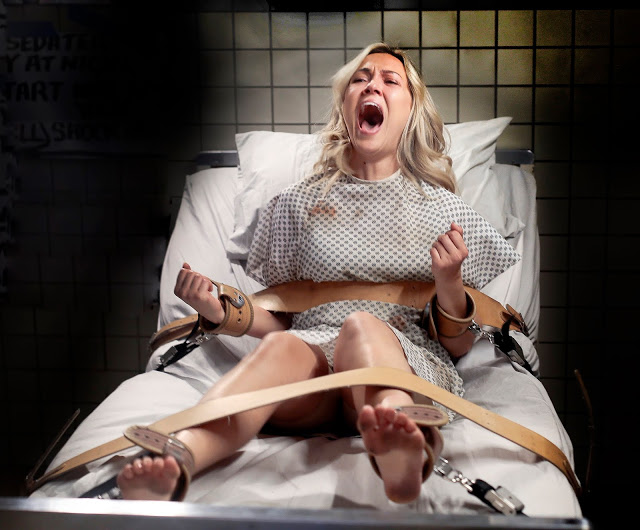