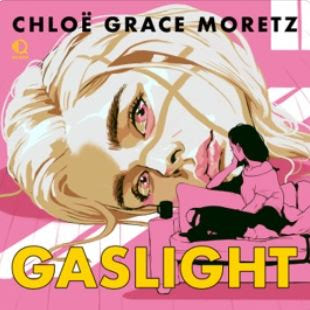 Check out the trailer for Gaslight podcast. The podcast will be released on November 18th. New episodes will be released daily and the full series will be ready for binge-listening over the Thanksgiving holiday. Available on Apple Podcasts, Spotify and wherever you get your podcasts.

The podcast will run for ten episodes with a ten to fifteen minute runtime for each.

Synopsis
Everyone thought Danny (Chloë Grace Moretz) had gone missing. Towards the end of senior year she vanished one night leaving everyone confused and devastated including her closest friend in the world, Becca (Kelsey Asbille). Weeks later she leaves a message on her parents answering machine telling them she is ok… she’s left voluntarily and not to come looking for her. She also posts under a new and active Instagram profile and she appears to be happy and living with a new older boyfriend. GASLIGHT picks up years later when late one night while as Becca and her new husband and their baby son are having dinner they get a visitor. It’s Danny. Inexplicably after all these years of no contact or explanation she’s returned. She’s looking to reconnect. As we learn more about her and her boyfriend Ben (John Gallagher Jr.) we soon come to realize there’s something much darker and more sinister at play.