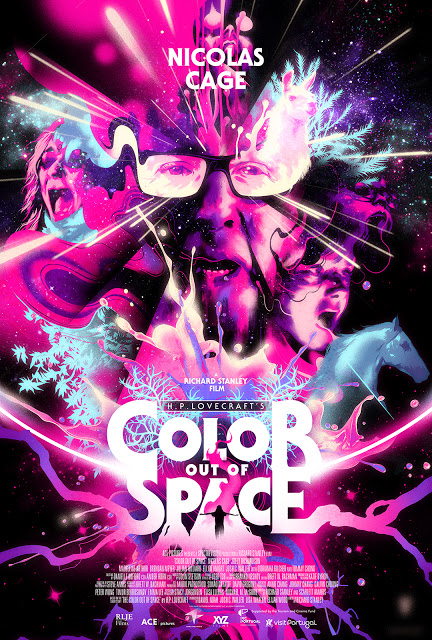 Color Out Of Space…

There are so many wackadoo elements at play in Color Out of Space that it’s hard to pinpoint how well the movie does, or does not, work. An adaptation of an H. P. Lovecraft story, starring Nicolas Cage and directed by Richard Stanley (the Richard Stanley who was infamously fired from The Island of Doctor Moreau), Color Out of Space already has a plethora of WTF ingredients, but then add in some alpacas, Tommy Chong, commentary on radiation and cancer treatment, questionable effects work and a Nic Cage gone gonzo towards the end and it’s a lot to unpack. 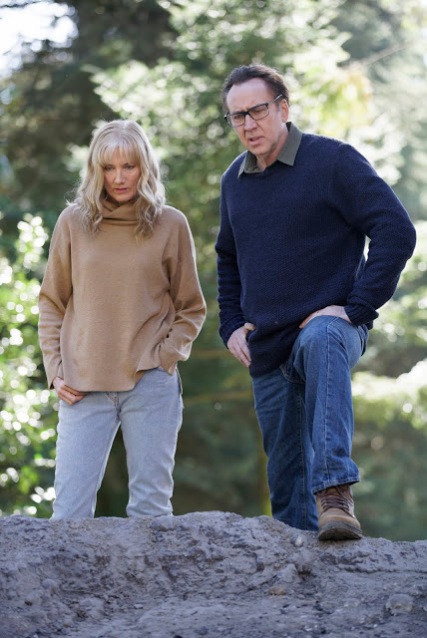 Nathan Gardner (Cage) and his wife Theresa (Joley Richardson) have moved their three kids from the big city to live on his father’s farm out in the middle of nowhere. While Benny and Jack seem to be fine with this change of lifestyle, Lavinia is anything but content. Deeply immersed in various occult practices, Lavinia seems to be the only one who hasn’t been charmed by the peace and quiet of living on an alpaca farm. While practicing wicca in the forest, Lavinia (Madeline Arthur) has a meet cute with Ward (Elliot Knight), the hydrologist sent in by the mayor to test the water table in anticipation of future development in the area. 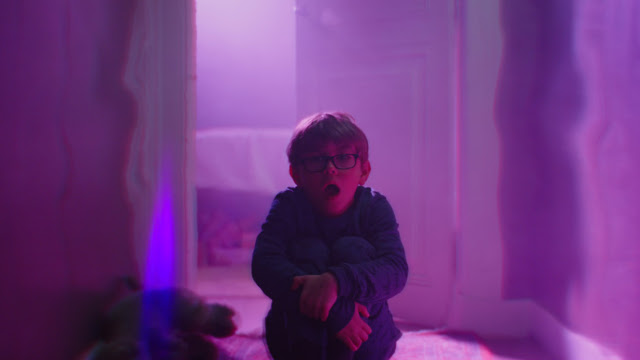 Arriving home, Lavinia moves through her home and interacts with family so we can get a blueprint of everyone and their dynamics. Nathan is the typical dad archetype that is a little goofy, but means well, Theresa is a cancer survivor who is trying to maintain her career via sketchy wifi from their idyllic farmhouse, Benny (Brendan Meyer) is the oldest child and seems to be happy to help his dad with the alpacas and get high with the squatter living on their land (Chong) and youngest child, Jack (Julian Hillard), is the sweetest, littlest love, so of course, he’s the one who will first be affected by the extraterrestrial organism that hitches a ride on the meteor that lands in the Gardner’s front yard. As the meteor enters the atmosphere, it brings a bright fuchsia glow with it that will, ultimately, infect everything around it. In fact, it’s near impossible not to mention the fact that this color of space and the way it effects Cage starts to feel eerily familiar in a very Mandy kind of way. Sadly, there are no Cheddar Goblins to be found here: instead, there are strange voices emanating from the well, bizarre jellyfish-like creatures in the shower drain, mutant animals and a truly unfortunate incident with Theresa and Jack that causes the movie to take a hard left turn into the aforementioned Gonzo Cage territory. 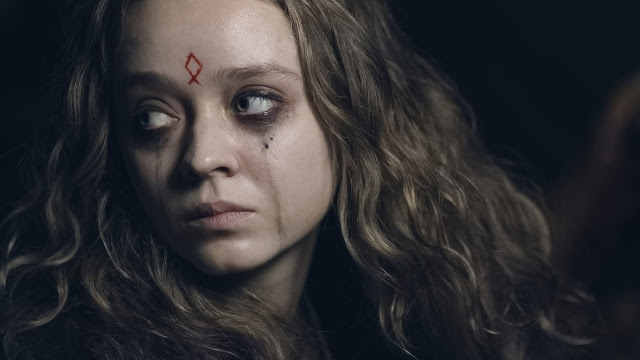 A lot of elements are placed early and subtly in the film that help to build up and flesh out the story. Combined with solid acting that easily keeps these characters from being one note and unforgettable, Color Out of Space is, indeed, a technicolor nightmare that speaks on various topics without being preachy, but does make you think about the choices we make when it comes to the environment and our impact on it and vice versa. With Arthur and Meyer taking on the bulk of the movie in the last act, the two work really well with one another and the X-Files-ish story and creature work they are surrounded by. In fact, Color Out of Space could have easily worked as an extended X- Files episode and that is said with love and respect. For the Richard Stanley fans who have been anxiously awaiting his big Hollywood comeback, this is certainly a film to be excited about, but mostly, it made me wonder what his Doctor Moreau was going to look like because Stanley definitely embraces and understands the minute, yet very complex, mechanisms of science fiction.