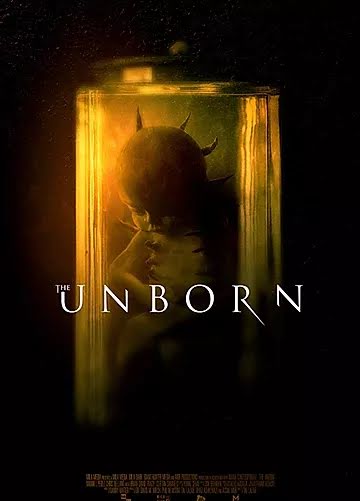 Check out the trailer for The Unborn.

THE UNBORN tells the story of what happens when strange, unexplained events unfold at an old factory as two security guards fight for their lives. Tiffany is a 25-year-old security guard who rushes to work to discuss a shocking discovery with her boyfriend — she is pregnant. Upon arrival at the factory scheduled for demolition, Tiffany starts a night shift along with her colleague, Joey, who is secretly in love with her. Several bizarre occurrences unfold as these two security guards must come to terms with reality while a mysterious evil entity has other plans for both Tiffany and Joey. It soon becomes the responsibility of Tiffany alone to confront the mysterious attacker and save Joey, herself, and her unborn child.