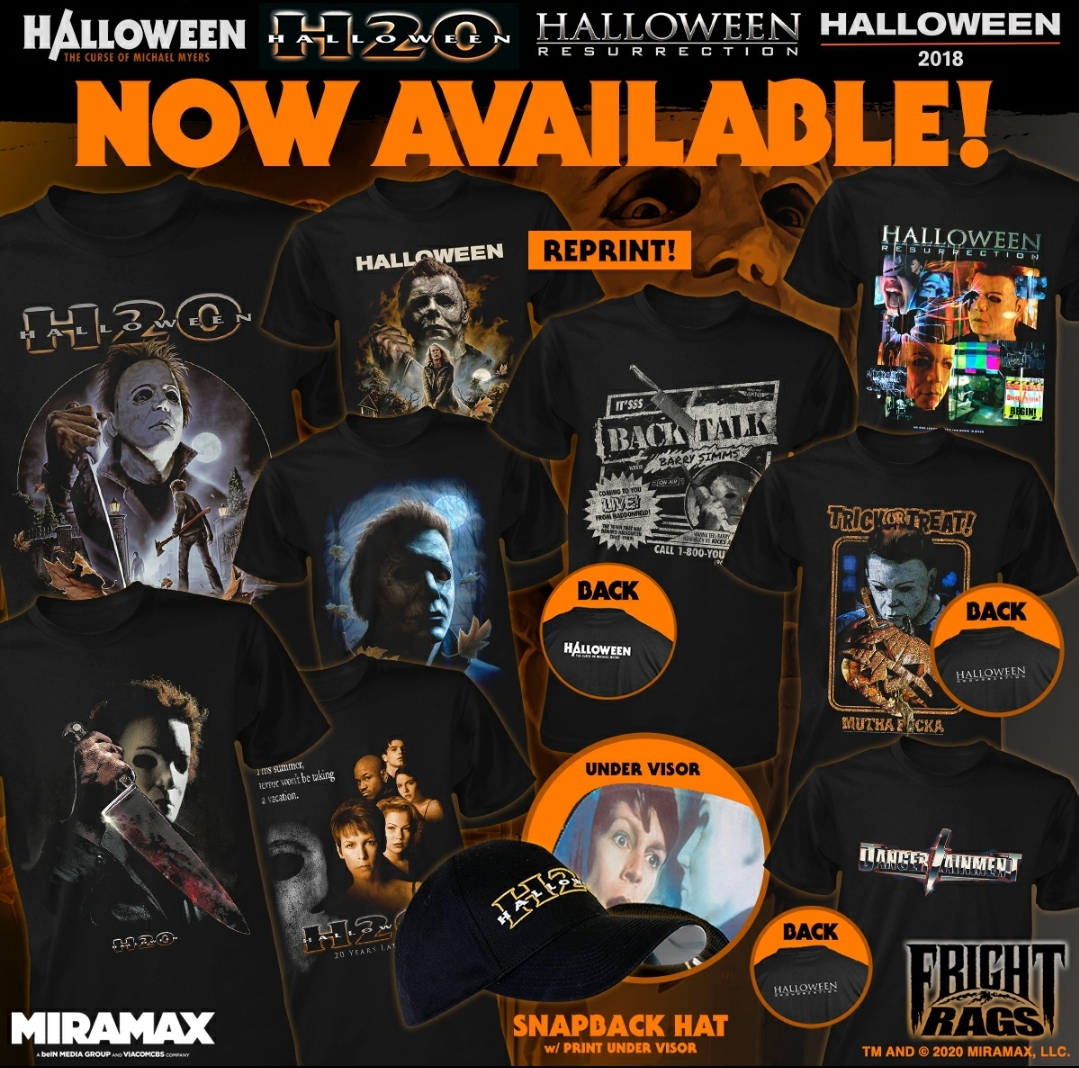 Fright-Rags welcomes Halloween with merchandise spanning four decades of the Halloween franchise, from John Carpenter’s 1978 classic to 2018’s eponymous sequel.
The original Halloween is celebrated with a variety of shirt designs, plus a restock of the popular Haddonfield heritage hat. Michael Myers is also represented on Halloween lounge pants, socks, a dad hat, and a motion enamel pin.

Fright-Rags.com is your one-stop shop for Halloween franchise apparel for October and beyond. Halloween Kills merchandise will join the collection in conjunction with the film’s release next year.