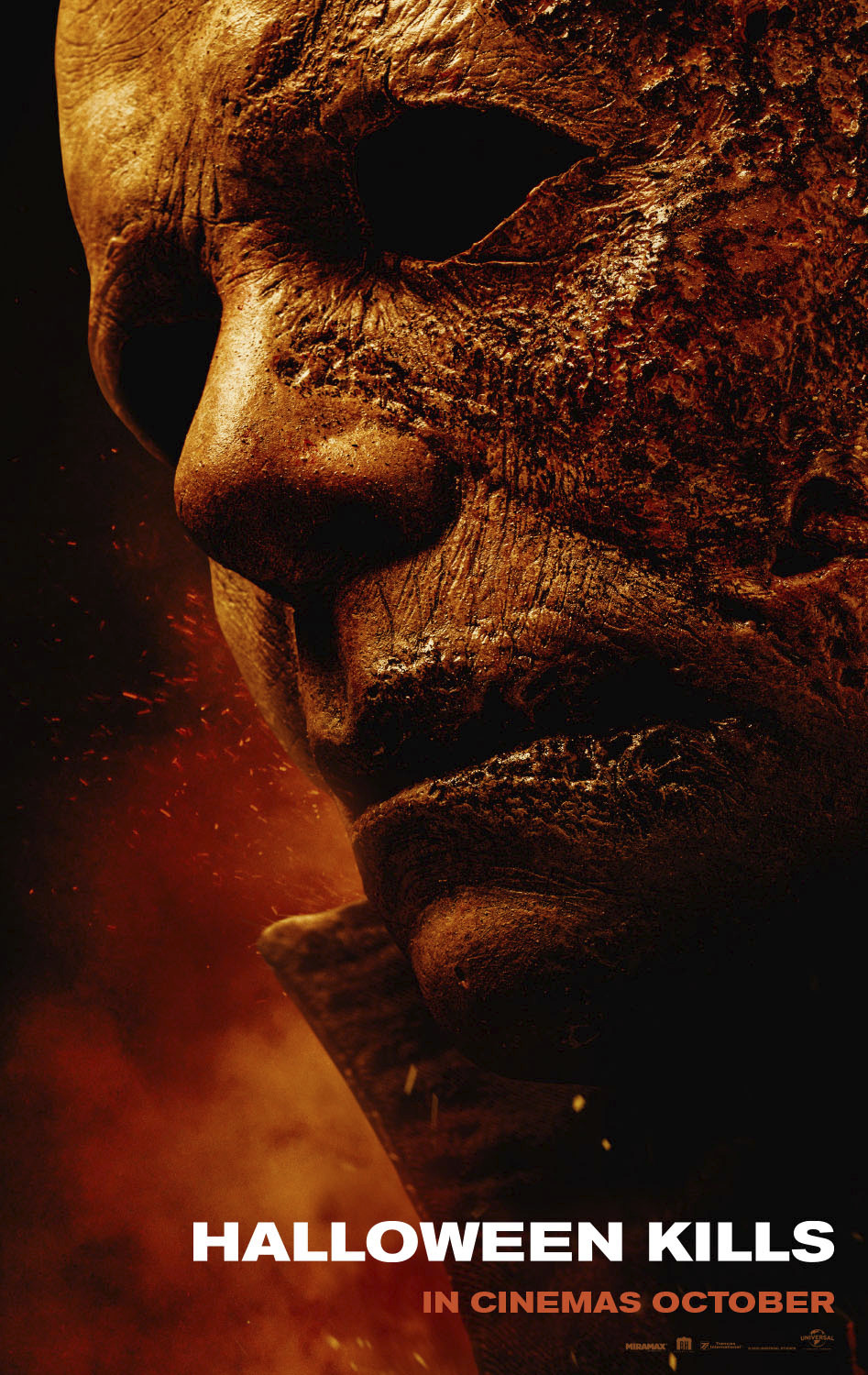 Michael Myers is back again. In 2018’s Halloween it was a welcome back to a simpler Myers. Driven by the straight need to finish off Laurie Strode, to ‘come home’ – it was an easy, entertaining film which was created as a direct sequel to Halloween ’78. Halloween Kills is the continuation of that night in Halloween 2018.

Haddonfield the town, is more the object that the film pivots around with the film visiting various Haddonfield residents and then watching Myers just happen to show up and murder them horribly. It’s a strange tack, painting the town as being so haunted by Myers actions in 1978 that the townspeople themselves have a lust for violence and revenge, that has been laying dormant until now.

This film starts after Halloween ’78 ends, showing us what happens and how Myers is caught. This is so well done that I wish the film had been completely set in this period of time. It gives everyone a reason for their actions in present day. Unfortunately, the film doesn’t manage to capture the same feeling that this segment does. The film then takes us to present day and this is where we meet expendable characters by the barrel full as well as some characters from the original who are all grown up and all full of trauma. Michael Myers, of course escapes his fate in the burning house from the end of Halloween 2018 and dispatches firefighters and whomever he comes across in his quest to kill Laurie Strode. Laurie (Curtis), Karen (Greer) and Allyson (Matichak) are in the back of a truck on their way to hospital, Laurie injured and the other two traumatised. When the town finds out Michael is back, they band together to try and kill Myers, putting a cap of the town’s trauma.

If this sounds familiar it’s because it is. Halloween 4 had a similar decision taken by the town and whilst that isn’t a big issue, the way the film is executed is and frankly it’s a mess. For a middle film of an already announced series of three films, the film needed to go somewhere different and kudos go to the film makers for going to a different place but I absolutely did not vibe this film at all. Halloween films (sans the Rob Zombie alt timeline) have been about the suspense before the kill. Halloween Kills say to hell with that and goes hard on the violence, no longer concerned with any jump scares, suspense or stalking and just goes all out with brutal, cruel kills that will be enough for some fans but for me I found it out of place in a Halloween film. Michael has always had super strength but this film adds super speed as well and it is worse for it.

The film tries to say something about mob mentality and trauma but both ideas remain undercooked. There is a lot going on in the film as it desperately tries to keep Laurie Strode and Michael apart but it does so in a way that is not at all organic and feels forced especially the call backs and the cameos. Everyone tries their best with the dialogue they are given (some of which is seriously on the nose) but the performances are uniformly good, even if they do side line Curtis for the entire film, she still does some excellent work.

This film is polarising and I think that is a good thing. It gets people talking and positive or negative opinions are just as valid as each other, much like Malignant earlier this year and the love it or hate it discourse, it just goes to show you that there are still big swings being taken by studios, which can only be good for the future of horror. Ultimately this film will be judged on how Halloween Ends lands, which despite how you feel about this film is one that you’ll be lining up for (at least I know I will be).