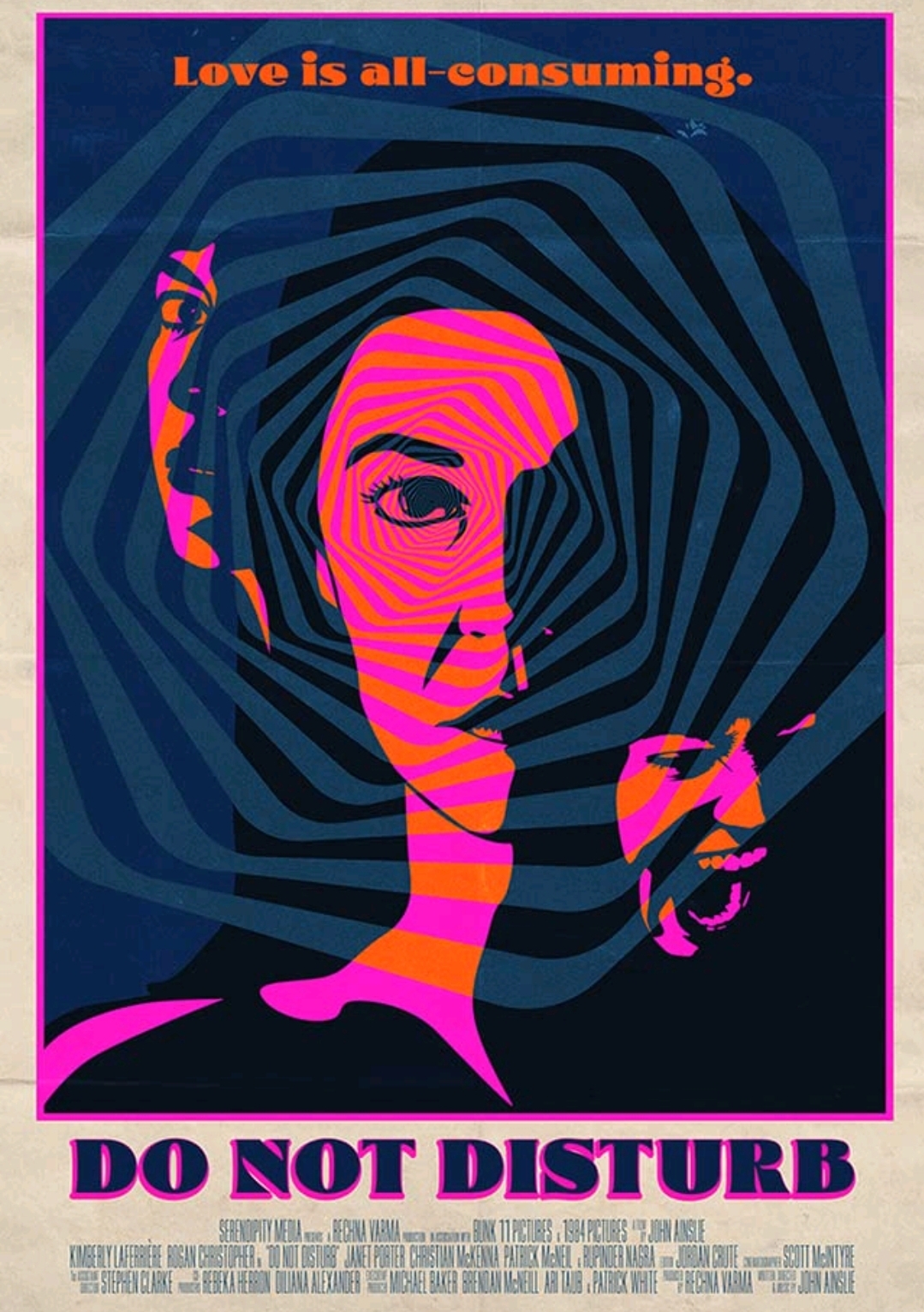 Relationships are difficult enough, but traveling with someone who is working your last nerve and then taking peyote with them is definitely not the travel itinerary anyone wants to sign up for.

Chloe and Jack are in Miami for a long overdue honeymoon, but it’s not all caviar and champagne dreams for this couple. They’ve been together for a long time and while Chloe is ready to grow up and keep moving forward in life, Jack seems fine with living paycheck to paycheck and focusing only on his needs. Chloe is in a mothering position with Jack, but this is definitely not the kind of mother she wants to be. After a strange encounter with another couple at their hotel, Chloe and Jack find themselves having an introspective conversation on a beautifully isolated beach. Well, they thought it was isolated until a random dude literally pops up out of the sand, starts yelling about random things, throws 2C-B and peyote at them and then pulls a Virginia Wolf.

Jack convinces Chloe to try the peyote so they can open themselves up and get closer to one another, but really Jack just wants to do the peyote. Chloe believes that maybe this will be a good experience for them and she, somewhat reluctantly, agrees. Unsurprisingly, this does not go well.

Primarily taking place in a hotel room, Do Not Disturb utilizes this claustrophobia to it’s advantage when the full effects of the drug kick in. Days and nights pass, with any and all events occurring in between being forgotten until it’s far too late. When Jack wakes up with a bite mark on his shoulder, the two of them learn that this strain of peyote induces a very particular kind of hunger. Ever the irresponsible one, Jack wants to keep doing the peyote and while there are so many reasons that this is more than just immature, ultimately, their descent into narcotic induced cannibalism will be Chloe’s ticket to freedom.

A woman who knows what she wants and has the drive to go after it, Chloe finds herself in a literal fight or flight situation while on her honeymoon and she has no qualms about consuming anyone who stands in her way. I’m sure that much can be made about Chloe’s appetite and the belief among some cannibals that consuming someone can give you their strength and power, but all I choose to see is a woman who takes care of business. In fact, watching Chloe struggle with her feelings for Jack and the hard truths that her brain know to be true about him is so sad and relatable and this is where writer/director John Ainslie shines. Much like his feature length debut film, The Sublet, Ainslie has a knack for seeing things about women that most people prefer to ignore. While men are largely allowed by society to behave like entitled children their entire lives, women are not as easily given this indulgence, so really, is it any surprise when a woman finally reaches her limit and starts eating people?

Of course, Chloe is amazing because Kimberly Laferriere inhabits the character with a lived in ease that allows the viewer to go along with the ride without ever questioning the logic. Chloe is not only mentally and emotionally strong, which is most hilariously exhibited when dutifully cleaning up blood and then patiently waiting for time to pass while Jack paces and whines like a toddler, but she is physically strong and this matters when it comes to body disposal. And speaking of body disposal, Ainslie and cinematographer Scott McIntyre should immediately be hired for a Visit Miami advertising spectacle that highlights how relaxing and convenient jet skis are for both sightseeing and body disposal: there is a beautiful overhead shot that involves a bloody heart that is dark comedy perfection.

While the gore and practical effects are in full force, Ainslie also knows when not to show everything. In fact, just when you begin to wonder if you will ever see any full frontal cannibalism, Ainslie and company treat you to a feast of comeuppance. Although the cannibalism is the visual takeaway from the film, it’s the laser sharp look at relationships that is the real star of Do Not Disturb. With only six characters in the film, so much is touched on and none of it is shoved down your throat. All sides of various life decisions are explored and no one is wrong, rather, it’s the small things that add up and really matter when you’re in it for the long haul with someone. Exploring this at an adults only hotel with some drug trips, another wacky couple who is staying at the hotel and a most unfortunate room service guy, Do Not Disturb does what horror does best: explore a real issue with a fun, horrific twist.