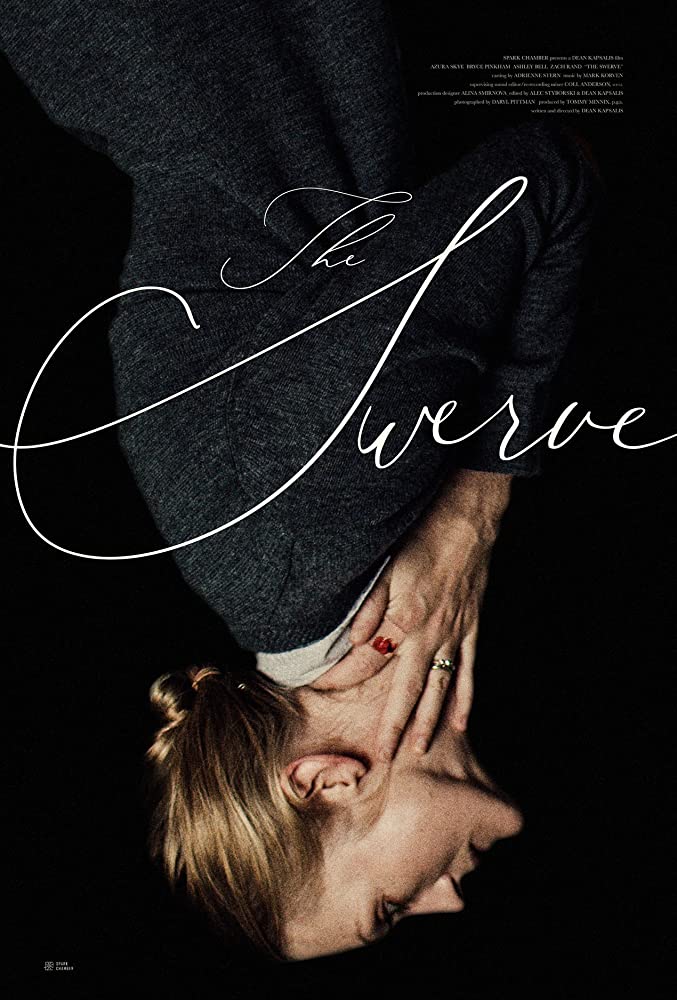 At the 2019 Brooklyn Horror Film Festival, director Dean Kapsalis and his first feature film, The Swerve, will celebrate their East Coast Premiere. A quiet and devastating look at how some people simply become invisible to their family and the consequences that may come of that, it’s a film not easily forgotten.

Skye absolutely breaks your heart with her performance of Holly, an overworked, emotionally and mentally abused wife and mother who is the very definition of a human doormat. A high school English teacher, Holly is soft spoken, rarely assertive and carries herself like someone hoping to disappear. The oldest sibling, she is expected to always cater to the needs of her little sister who seems to only pay attention to Holly when she is humiliating her. After learning of a secret her husband has been harboring and realizing that she has caught the eye of one of her students, Holly becomes the kind of woman who they make true crime documentaries about.

Her husband and two sons are all too emotionally self centered to notice that Holly is on a fast downward spiral of paranoia, anxiety and depression: a mouse infestation in her perfectly kept home coinciding with a freak accident will place Holly on a path of destruction that could have easily been prevented if someone, anyone, in her family paid any attention to her. Holly explicitly tells her husband what has happened and what she knows and he simply tells her to take her medication. In fact, everyone seems to think she just needs to take her meds and she will be fine (ie) keep quiet and be their servant.

Kapsalis has written and directed a very grim and real story of family horror led by a matriarch who is succumbing to her demons. An outsider in her own her family, Skye is mesmerizing and plays expertly off of the surrounding cast. Her husband Rob (Bryce Pinkham) subtly convinces you to sympathize with him while he is just this side of neglectful of his long suffering wife and genre stalwart Ashley Bell is spot on as the younger sister with substance abuse problems who always manages to hog all of the attention from their parents and anyone else around. A quiet, slow burn of a film, The Swerve stays with you for days.