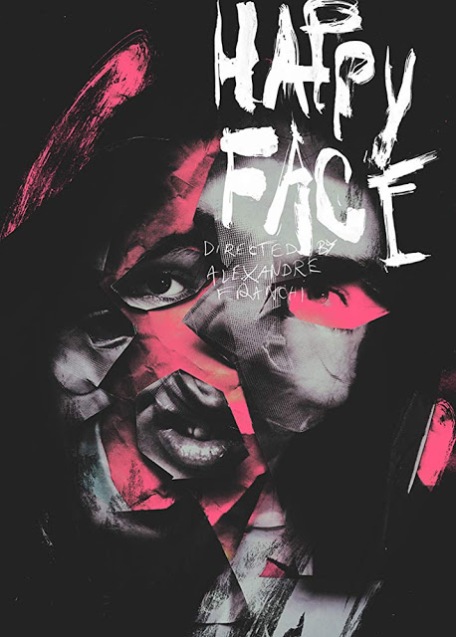 The world can be an ugly place and ugly people can hide inside of beautiful shells. Director Alexandre Franchi dives deep into this particular conundrum in his film Happy Face. Having it’s Toronto premiere at the Blood In The Snow Film Festival, Happy Face is a horror film of a different sort. It’s the kind of story that puts up a mirror to society and reminds us that beauty is always everything BUT the outside wrapper. 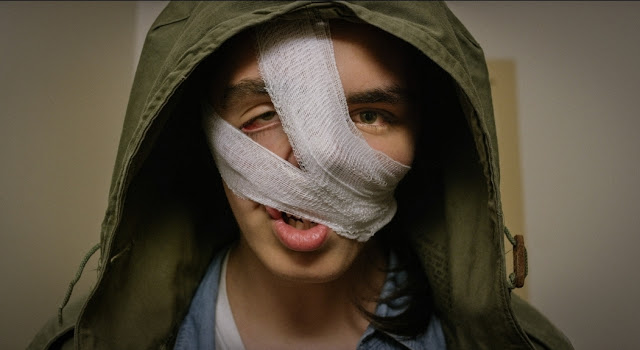 The opening of the film shares lots of retro images of beauty queens while Vanessa (Debbie Lynch-White is outstanding) speaks of her own past in the pageant world. As she tells it, she was beautiful and the world was her oyster, but then she turned twelve, started eating and stopped swimming. She was no longer seen as a beauty queen. As an adult, she is seen as other simply because she doesn’t conform to the current accepted standard of “proper” body weight. Vanessa now runs a workshop for people who have facial disfigurements  and she tries to empower them to interact with the “real” world. The world that either ignores them, blatantly stares at them or openly mocks them. As she goes around the room and each person talks about how their “deformity” impacts them, we meet August who is the new member of the group. Wearing bandages on his face and trying to hide under a large hood, August seems very uncertain of his place. And that’s because he doesn’t belong here. 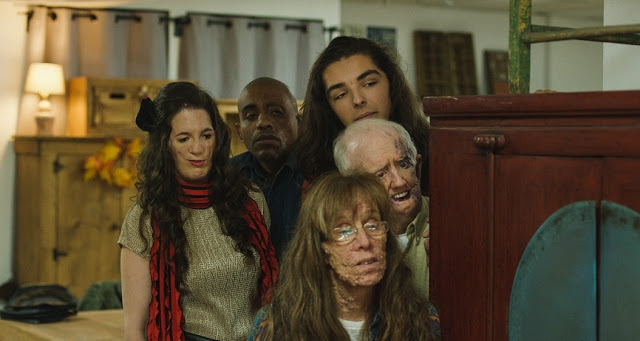 August is actually Stan, a young man who is pretending to have a disfigurement in an effort to find a way to connect with his currently estranged mother who is being ravaged by cancer. An overbearing and emotionally manipulative woman, Stan simply disconnects from her when she is forced to stay in the hospital after having tumors removed from her face. His mother, Augustine, is the one who had enrolled in the workshop so she would be able to face her son, but now he is trying to find a way to embrace her and not make her cry or feel sad when he finally gets to bring her home. A handsome guy who has no problem taking a beautiful girl home every night, Stan will soon find himself up close and personal with the reality that the other people in group live with. Shunned by their entire family, left by their girlfriend, hidden in the backroom by their mother, never physically touched by their partner, pursuing a modeling career and so many other realities of how people can be so despicable when they are made uncomfortable by anyone different.

After being found out, Stan convinces Vanessa to let him stay. He tells them that he will teach everyone how to fight back against the truly ugly people in the world. Utilizing his Dungeons and Dragons background, Stan builds this group of people up in a way that makes them feel empowered and fearless and it’s a true joy to watch. Played by the magnetic Robin L’Houmeau, Stan will, of course, end up learning a lesson of his own while teaching others.
Franchi hilights the actors in the film with love and respect. Never treated as props or freaks as some of the unsavory people in the film refer to them, Happy Face reminds you that everyone is fighting their own personal battle and love and compassion amongst one another is always the best foot to put forward.