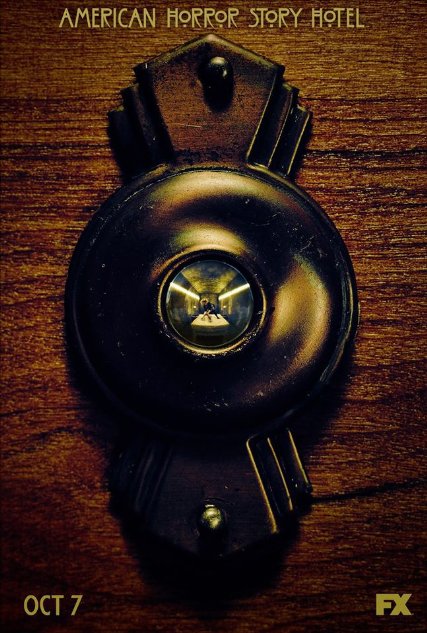 Now that the least shocking reveal since George Michael coming out has been dealt with, we can focus on all of the other malarky happening at the Hotel Cortez. Last week, I complained that numerous story lines had been left hanging in the balance while the Ten Commandments Killer was dealt with and it looks as though I need wait no longer. Ramona and Donovan, Rudolf Valentino and the rogue vampire children all make an appearance in this episode, but did we learn anything?

“Women age differently than men do. In a man, the left ventricle, the one that pumps red blood into the body, gets larger, thicker as he gets older. In a woman, it shrinks. I am now more than a century old. My heart must be just a few carats at this point. There is room there for very little, so what still fits inside means more to me than ever. It means everything. The last 100 years of my immortal life have been a lie, an illusion of control. In truth, I have controlled nothing. I have surrounded myself with fools and flatterers, put my trust in those who cannot be trusted, enemies without, enemies within. It is time to construct something new, something durable, with fortifications of iron, stone and steel. I will not be ruled, I will not be managed.”

Or in simpler terms, “Hell hath no fury like a woman scorned.” Let’s stay on the biblical tip here, huh? While I really enjoyed this little speech, the Countess is really playing up her victim status, but that doesn’t erase all of the vindictive things that she’s done to others.

As the Countess and Will Drake plan their wedding, she has the gall to instruct Liz Taylor to order the flowers for the ceremony. Liz lets her fierce flag fly and dresses the Countess down. Being the self absorbed woman that she is, the Countess views this outburst as yet another example of someone, who she has taken care of, behaving with ingratitude. Sure, the Countess has done some really nice things for people, but mostly, she’s a selfish bitch.

When Donovan goes to visit Ramona, it seems as though he’s still on the same revenge train as her, but, rightfully, he’s curious as to why it took her twenty years to come for her pound of flesh. Flash back to1992 when Ramona Royale goes back home only to find a sick mother and a father suffering the early stages of dementia. After her mother dies, her father no longer has a reason to try to be the strong one in the family and his mind just couldn’t find a reason to hang on. As the illness takes a hold of him, Ramona gives him the virus, but the virus cannot repair a diseased brain. This was a beautiful and heartbreaking look into Ramona’s past, but more than that, it was a heart wrenchingly real look at the devastation that Alzheimers and Dementia wreaks. Thank you, Mr. Falchuk. 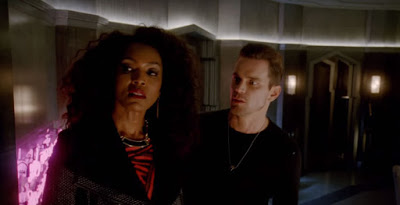 “Sorry, douchebag convention is over at the Hilton.”

Continuing on the path of badass women, Miss Evers appears to warn Mr. Drake that the Countess is not who he thinks she is and she will kill him after their wedding. When he decides not to heed her advice, Miss. Evers promises to stand over him, smiling, while he dies. Unfortunately for him, but delightfully for us, she lives up to this promise.

Alex is smart enough to realize that the news story about a string of bloodless victims must be the work of vampires. So, we finally learn what all of those damn vampire kids have been up to and it’s pretty uninteresting. They’re a bunch of assholes and I hope they die.

The Countess only wants Rudolph Valentino and her true end game is to have him all to herself in the hotel that she has built up as a fortress to protect them from modern times. When Rudy asks about Natasha, the Countess explains that she only loved her because he loved her and because she was young and thought she wasn’t enough woman for him. I found this to be a very intelligent and on point comment on what seems to be a lack of self confidence in young women in general.

Numerous delicious revenge possibilities were set up in this episode and next week’s episode is titled, “She Gets Revenge.” The mind reels while wondering who the “she” in question will be. It’s easy to assume it will be the Countess, but she has crossed a lot of people. Personally, I’m rooting for Liz Taylor.

This episode was written by Brad Falchuk, Ryan Murphy’s writing and producing partner, and it was just another example of how they have their hands in one too many pots right now. When Murphy and Falchuk write the episodes, they are almost always thoughtful and deftly handle delicate issues.

The chat between Will and his son was an impressively subtle and heartfelt way of reminding people that bisexuality is just as normal as heterosexuality and homosexuality.

Miss. Evers claims that no one survives the Countess, but I just don’t think that’s how this season will end. Surely, someone will be victorious over her.

“Goddamn Hulu. My old movies streaming for free. For free?!” That was funny.

The Countess and Donovan have installed cameras so they can hate watch. You know, like a lot of us, including myself, do with Scream Queens.